Footloose creates containers that look like virtual machines. Those containers run systemd as PID 1 and a ssh daemon that can be used to log into the container. Such "machines" behave very much like a VM, it's even possible to run dockerd in them. Fire Up Your VMs with Weave Ignite

In a recent Weave Online User Group, Damien Lespiau (@_damien_), a Weaveworks engineer walked us through a demonstration of Footloose, a recently released open source project.

Footloose creates containers that look like virtual machines. The containers all run systemd as PID 1 and also include an SSH daemon that allows you to log into them. Footloose containers run and behave like a VM. It's even possible to run a Docker daemon inside of them.

The easiest way to think about Footloose is as a Vagrant equivalent, but with containers instead. Vagrant is a tool that was created quite some time ago by Hashicorp to launch VMs onto developer's laptops, and create sandbox environments that can be used for testing or other experimental projects. Footloose has similar goals, but instead of launching VMs, it launches containers that behave exactly like VMs. Once running, they can be used for a variety of tasks; typically you'd use them like any other virtual machine, taking advantage of their fast boot times; or perhaps, you need to launch several VMs all at once for an intensive testing project.

After the Footloose binaries have either been built or downloaded for your OS,  running the command `footloose config create` creates a YAML file that is used by any subsequent Footloose commands. Below is a typical YAML created by Footloose: 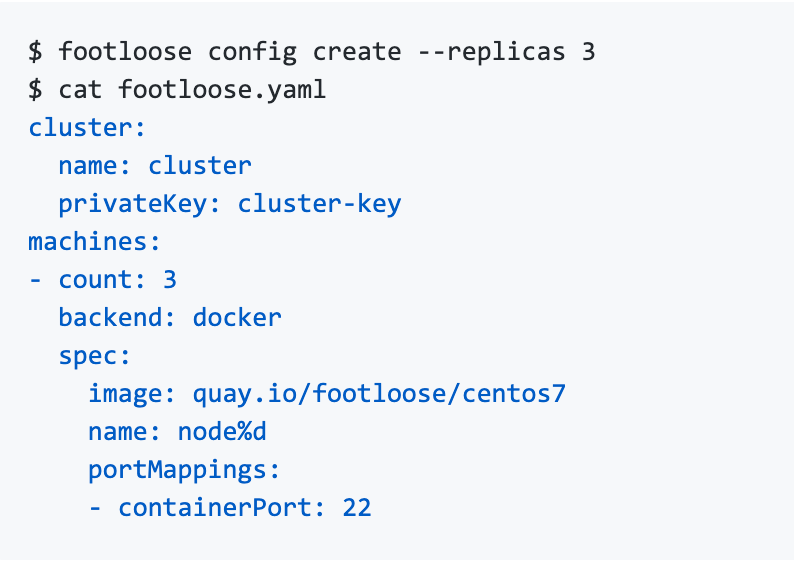 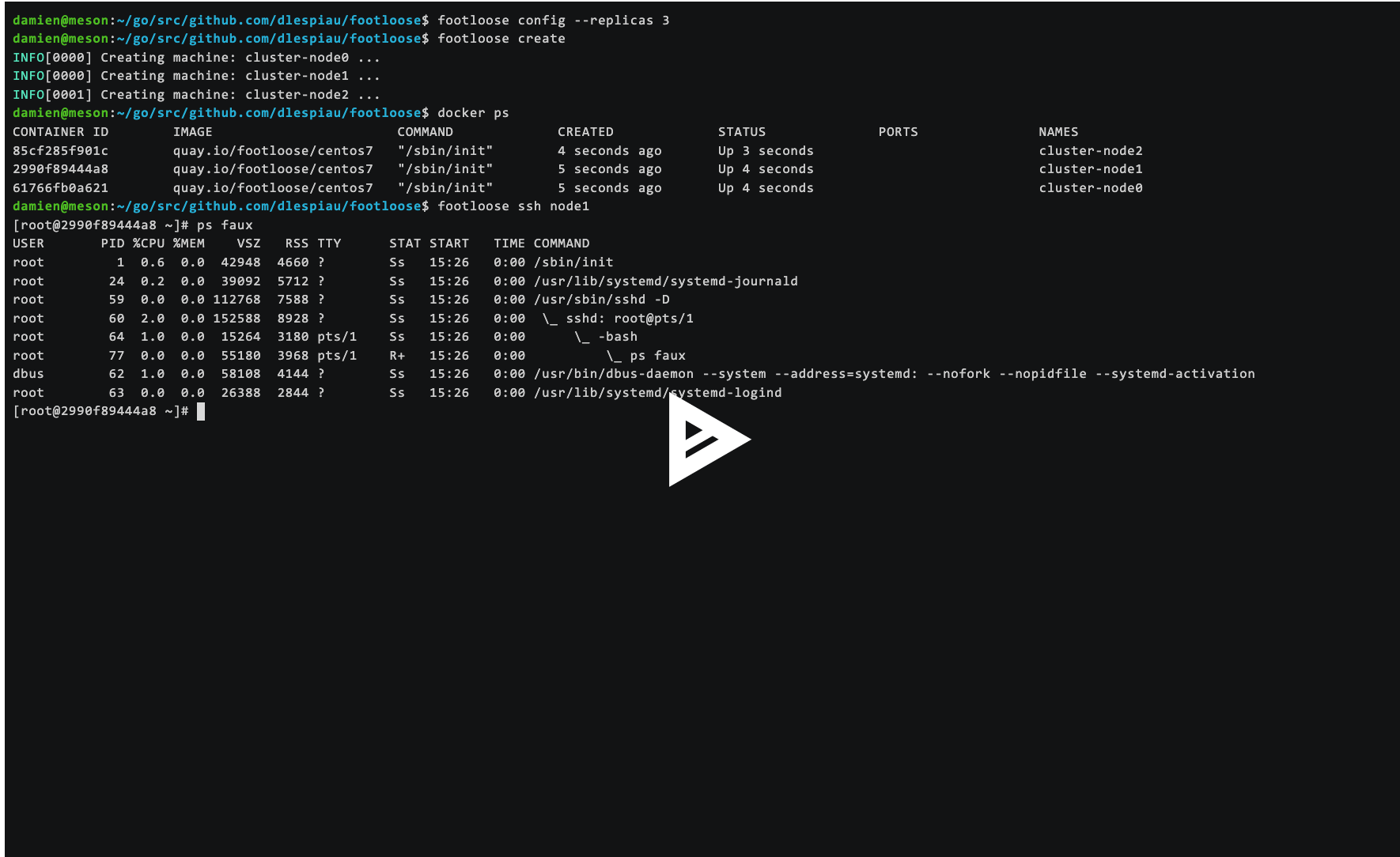 What can you do with the VMs?

After launching a container VM, SSH onto it and take a look around. It looks exactly like a virtual machine, with an init system, as well as systemd. And since it’s like a regular VM, you can install any other packages that you need.

The main uses for Footloose are:

Many more examples can be found in the Footloose docs.

View the discussion and demonstration in its entirety here:

Fire Up Your VMs with Weave Ignite

Are you production ready? Find out more in our Production Ready Checklists