Bottlerocket OS is a secure, fast and easy to manage, Linux-based operating system. With EKS as the cluster control plane, Bottlerocket instances join the cluster as workers. It also works out of the box with one of our GitOps models, Fork Clone Run. 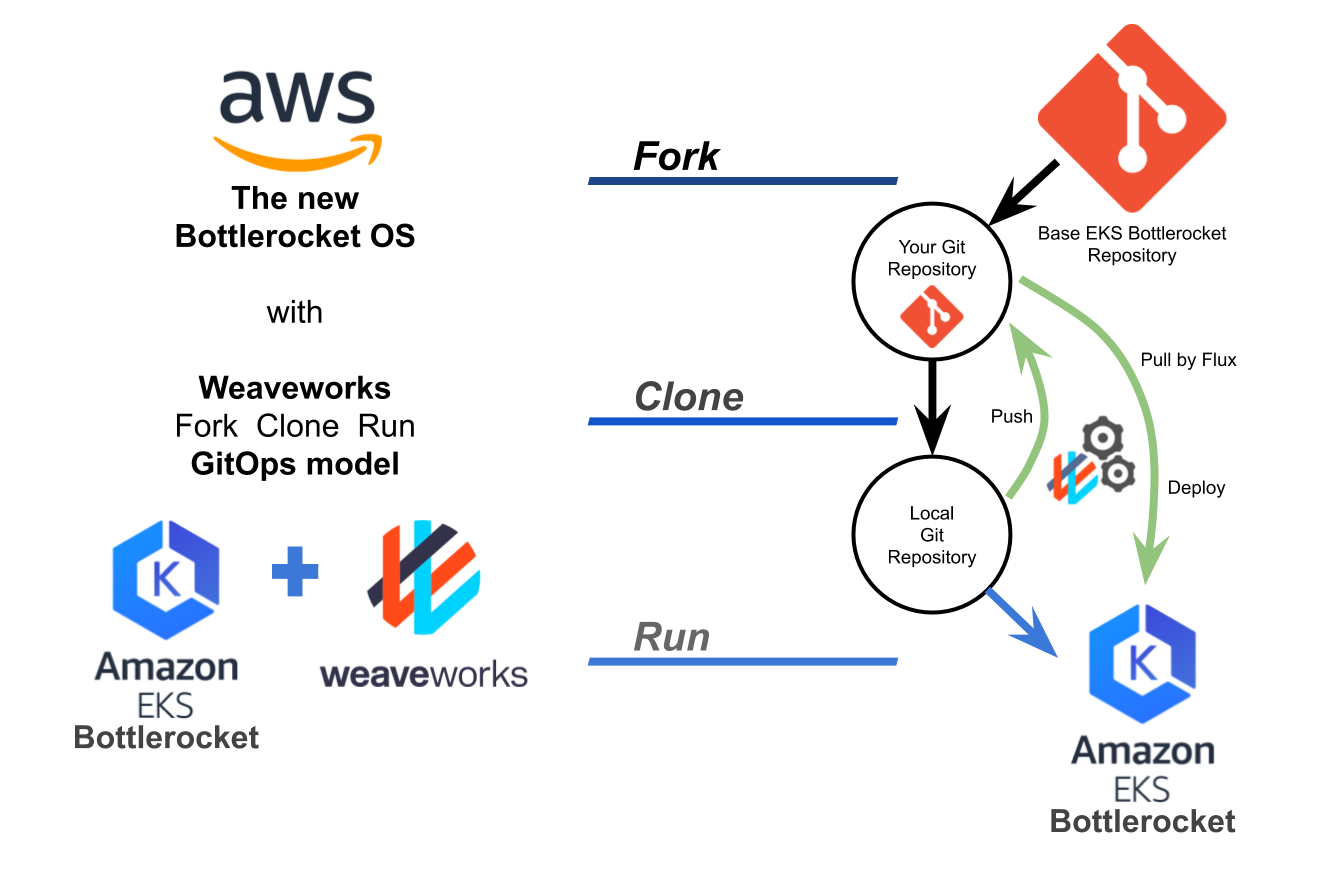 In this post, we’ll demonstrate how to perform GitOps operations on an EKS cluster backed by these new Bottlerocket instances.

In addition to aGitHub account, you’ll need these four command line programs installed on your system in order to run this tutorial:

After the Bottlerocket node starts up and joins the cluster, the script will turn our local Git repository into a GitOps configuration and deploys Flux and the Helm Operator for us.

In the final step of the GitOps setup, EKSctl will display a public key that you’ll need to add as a Deploy Key with write access to your repository fork to complete the GitOps setup process. 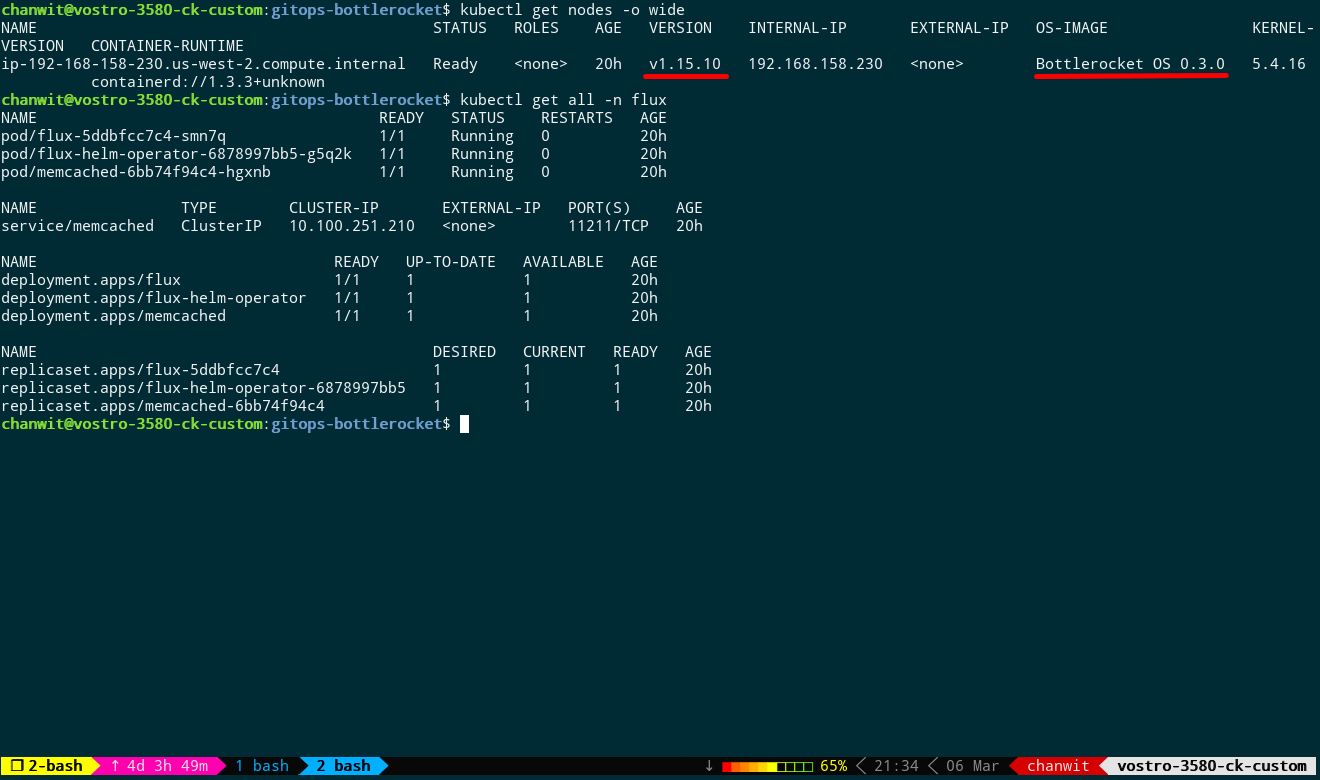 Updating Bottlerocket is secure by design via an TUF channel. Bottlerocket ships with an update agent, the Bottlerocket Update Operator. But before the update operator can be deployed, it currently requires the following label to be on each node.

Here’s the command to update the label on our GitOps Bottlerocket cluster:

The script does not do this step automatically because we want to emphasize that this label is explicitly required by the operator manifest. The operator manifest already exists in the example GitOps-Bottlerocket repository. If you get a newer version of this manifest please just activate it with Git commit and push commands. 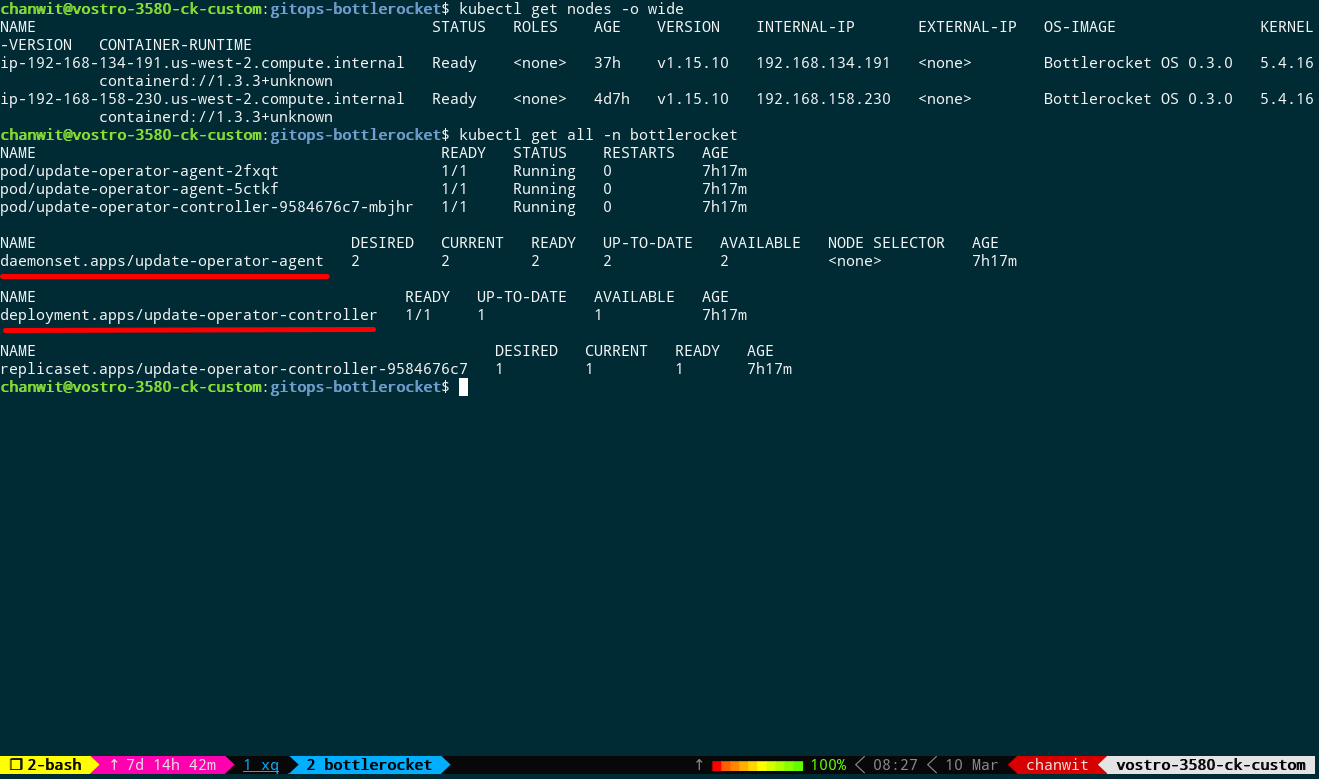 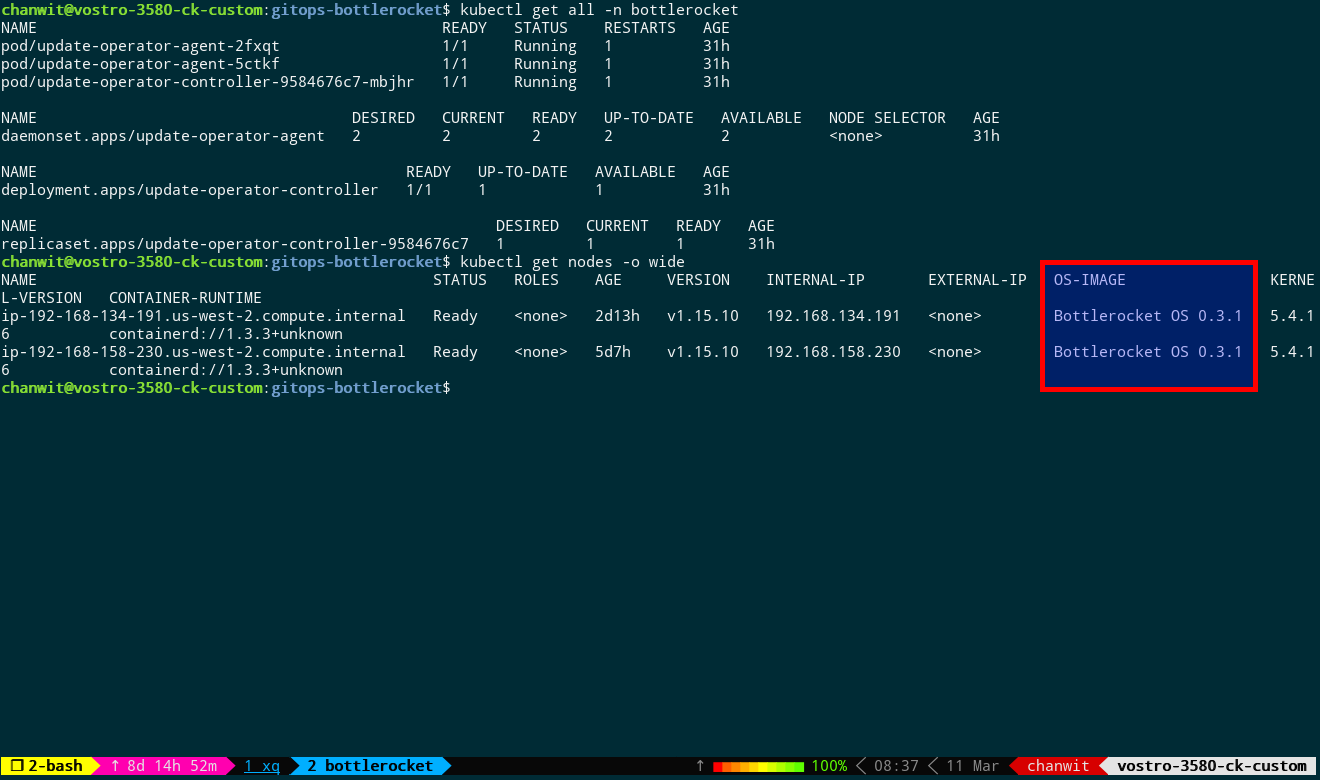 And all nodes got updated to Bottlerocket 0.3.1 automatically!

Learn how to manage clusters from git. Ask us for a demo of WKP