What do we mean by a feedback and control loop? Find out how built-in observability is essential to GitOps. An important and often overlooked component of GitOps is the concept of a feedback and control loop. In this post, we’re going to take a look at what this means and why this is essential to GitOps. You may not be doing GitOps, if you don’t have a way of monitoring, observing and alerting on divergences from your ‘source of truth’.

Briefly, GitOps is a way to do continuous delivery. It is an operations model for managing your deployments to Kubernetes. It works by keeping all of your declarations in Git alongside your code. To make a change to your cluster or to your code requires an approved pull request. And as we’ll expand on in this post, GitOps done right, means that your system can monitor and then alert you whenever there is a difference between ‘the source of truth’ kept in Git and your running cluster.

The ultimate goal of GitOps is to speed up development so that your team can make changes and updates safely and securely to complex applications running in Kubernetes.

What do we mean by a feedback and control loop?

When we talk about feedback and control, we mean that developers have observability built-in to their deployment workflows that provide the data for an informed decision. Before the deployment is rolled out, a final health check can be made against your running cluster before committing to that update that gives you a final piece of mind.

With a feedback control loop you can effectively answer the following questions:

While Git is the source of truth for the desired state of the system, Observability provides a benchmark for the actual production state of the running system. In GitOps we take advantage of both to manage our applications.

With “GitOps”, divergence and convergence is achieved with a set of “diff” and “sync” tools (kubediff, as well as terradiff and ansiblediff) that compare the intended state with actual state. Diff tools are also used to alert developers when the deployment is out of sync.

A feedback loop with diffs and built-in observability looks something like this where observability provides feedback for developers and operators to make key decisions about deployments and the system: 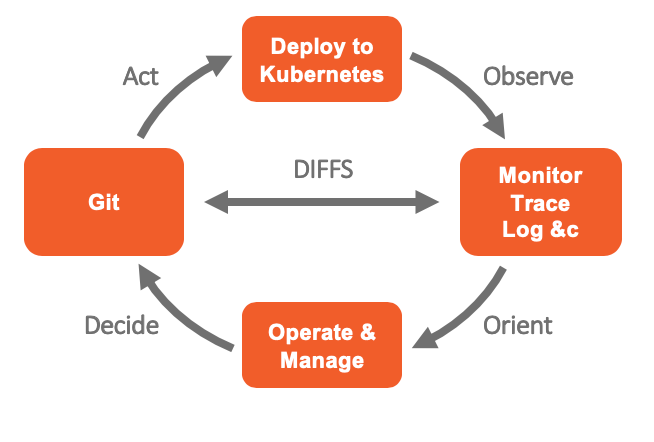 Our product, Weave Cloud provides continuous deployment (CD) and Git-cluster synchronization with built-in observability. This means your team can be alerted when deployments don’t go as planned and that your team can make informed decisions before deploying updates.

How do GitOps Workflows and Observability Work Together?

Because about to be released services can be observed in real-time within the running cluster before you release, you can deploy with confidence and deliver better quality features more quickly.

Observability is a principal driver of the Continuous Delivery cycle for Kubernetes since it describes the actual running state of the system at any given time. The running system is observed in order to understand and control it. After new features and fixes are merged to git, the deployment pipeline is triggered, and once the image is ready to be released, it can be observed in real-time against the running cluster. At this point, the developer may return to the beginning of the pipeline based on this feedback or deploy and release the image to the production cluster.

This is the typical developer workflow for creating or updating a new feature in Weave Cloud: 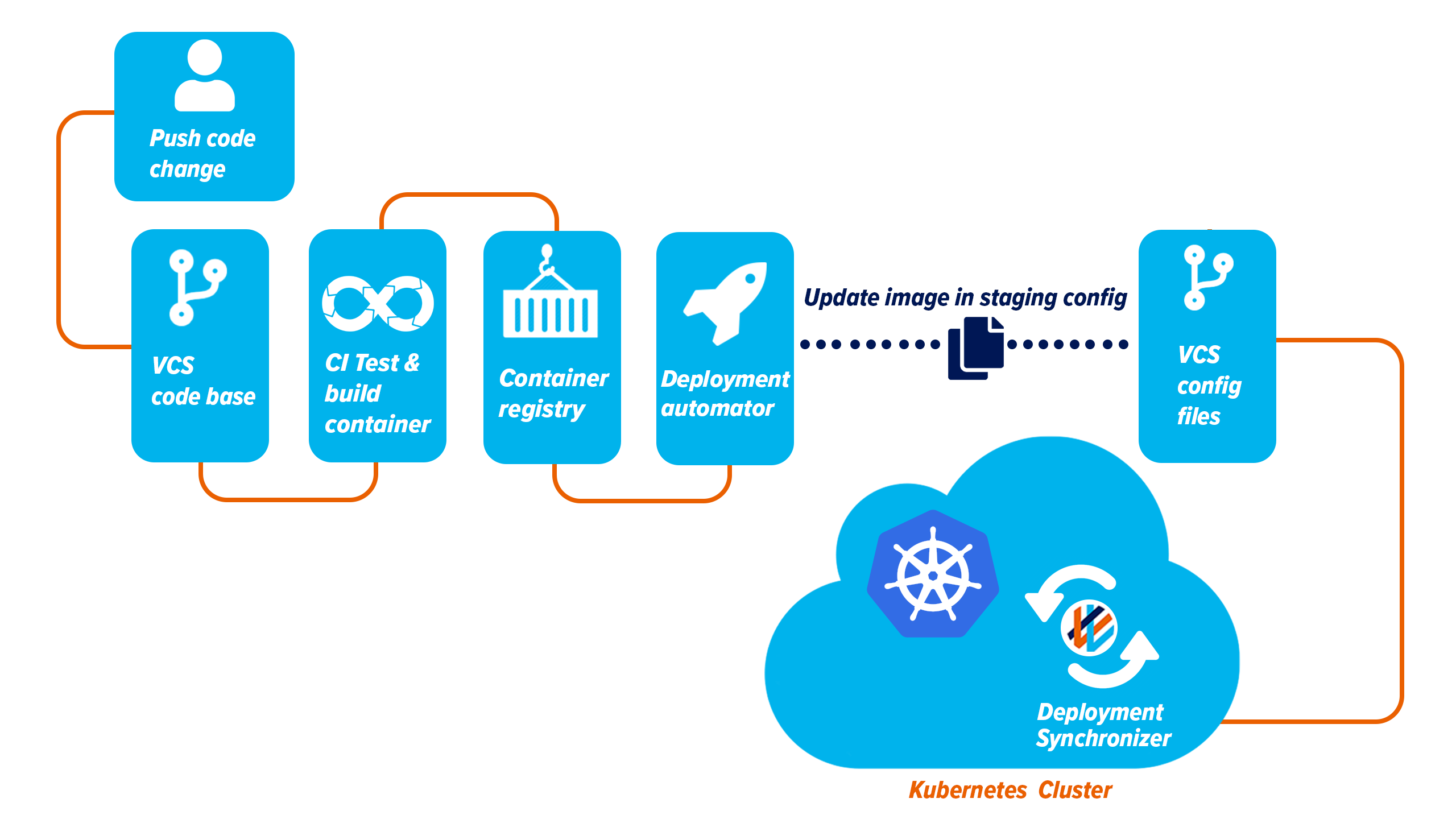 In this post, we discussed what we mean by a feedback and control loop and how observability is an important part of GitOps. Without built-in observability the overall health of the system and their deployments are impossible to assess.