At our recent virtual event, GitOps Days 2020, Weaveworks executive Paul Fremantle outlined how increased velocity is just one of the benefits of GitOps. He explained that ultimately, increased velocity is a business metric. Because as Paul pointed out, practically every board director in practically every company in the world wants to bring new features to market faster. 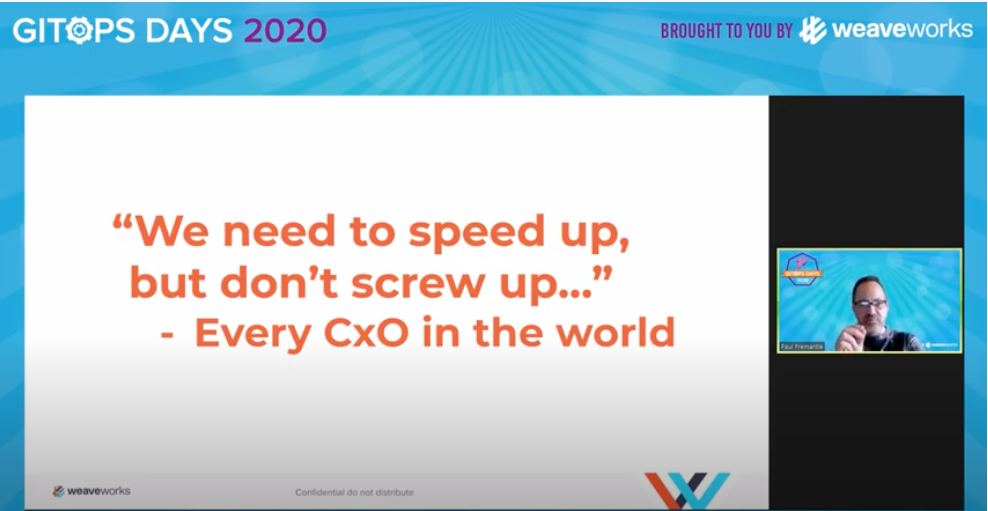 We need to speed up, but don’t screw up

But beyond that desire to be in-market sooner, the discussion changes, from being about business value to being about technical value. This is because to deliver faster, you need to improve on a number of technical metrics. Speed of development is just one. As Paul explained, it is vital to ensure that in speeding up, you do not make compromises elsewhere.

GitOps is about more than just speed

Adopting GitOps is one way to avoid this pitfall. It adds technical value as well as business value, in that it improves performance against all critical metrics, from speed to security, stability and ultimately, availability. As the DevOps Research and Assessment group (DORA) found in their recent report, ‘Accelerate: The State of DevOps 2019’, there are five key metrics that together, correlate directly with business performance (profitability and market share). They are:

DORA found huge differences between the commercial success of organisations that perform well against these metrics and those that perform less well. In other words, pay attention to all these measures and not only will you be delivering to the market faster, but you can also expect to see increasing market share and profitability. Learn more on this topic in our white paper on how GitOps boosts business performance.

People matter just as much as process

One of the reasons GitOps has been so successful in the real world is that it acknowledges the needs of the people at the centre of this process – the developers themselves. Google claims, quite rightly, that “high performing teams need a culture of trust and psychological safety, meaningful work and clarity”. In other words, the environment your developers work in should be one in which they feel safe enough to experiment, to get things wrong, to deal with those mistakes and to move on. This requires the right technology, however. Thanks to benefits like observability and the speed with which service can be restored, GitOps can help you provide just such an environment. 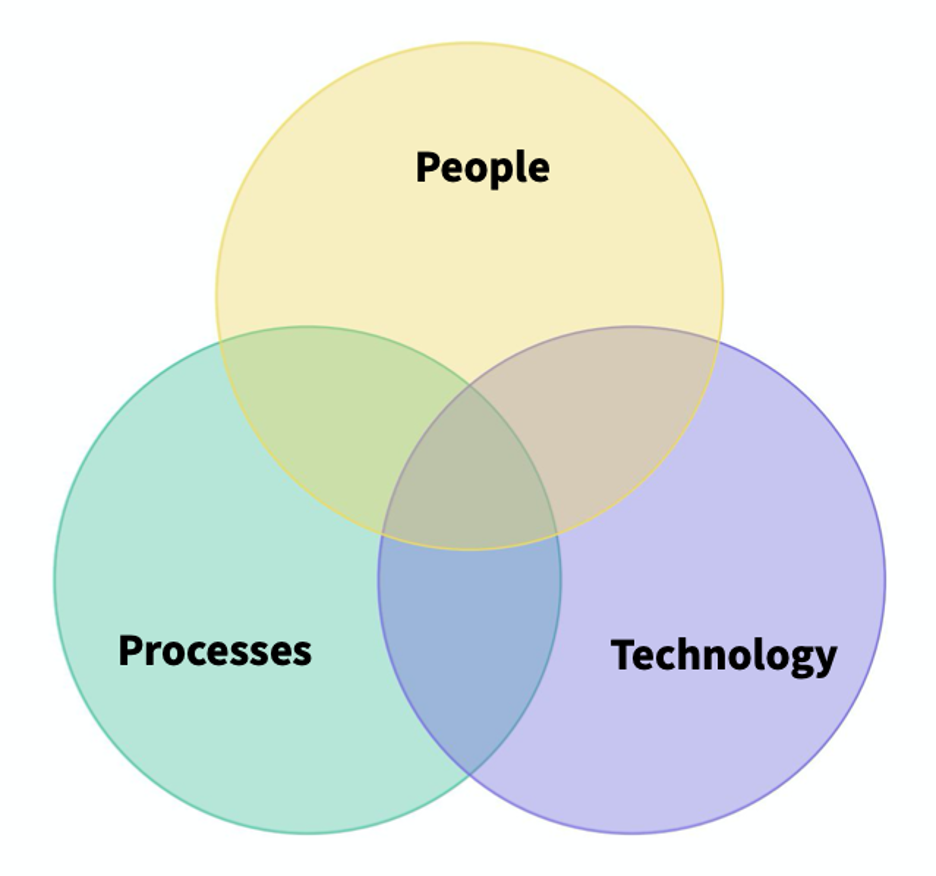 The culture of software development has changed enormously since the days of packaged software. The cloud-native era has seen the industry evolve from 8-10 week release cycles involving late nights and release parties to automated GitOps pipelines undertaking 10-100 deployments a day. This represents a process improvement, a people improvement and a technology improvement. And ultimately, as DORA has proven, a business improvement.

To learn more about GitOps, please contact us for a demo.