Automation is key to optimizing software delivery lifecycles. Learn how GitOps automates every step of a CI/CD pipeline for end-to-end automation.

Run your apps on Kubernetes one pull request at a time

Automating software delivery is a critical priority for any organization that follows the DevOps paradigm. Successful implementation of a CI/CD pipeline largely hinges on automating several manual tasks that are labor-intensive. To that end, scripts, plugins, and other tools help standardize various production and deployment processes and more importantly, eliminate the possibility of human error in the pipeline. But automating these processes doesn’t come easy, and when done wrong, can cause irreversible damage to an organization’s reputation. But we can offer a solution in the form of GitOps.

Core Stages in a CI/CD Pipeline

There are 4 phases in a CI/CD pipeline, and each has its own set of comprehensive processes and tools to help automate them. 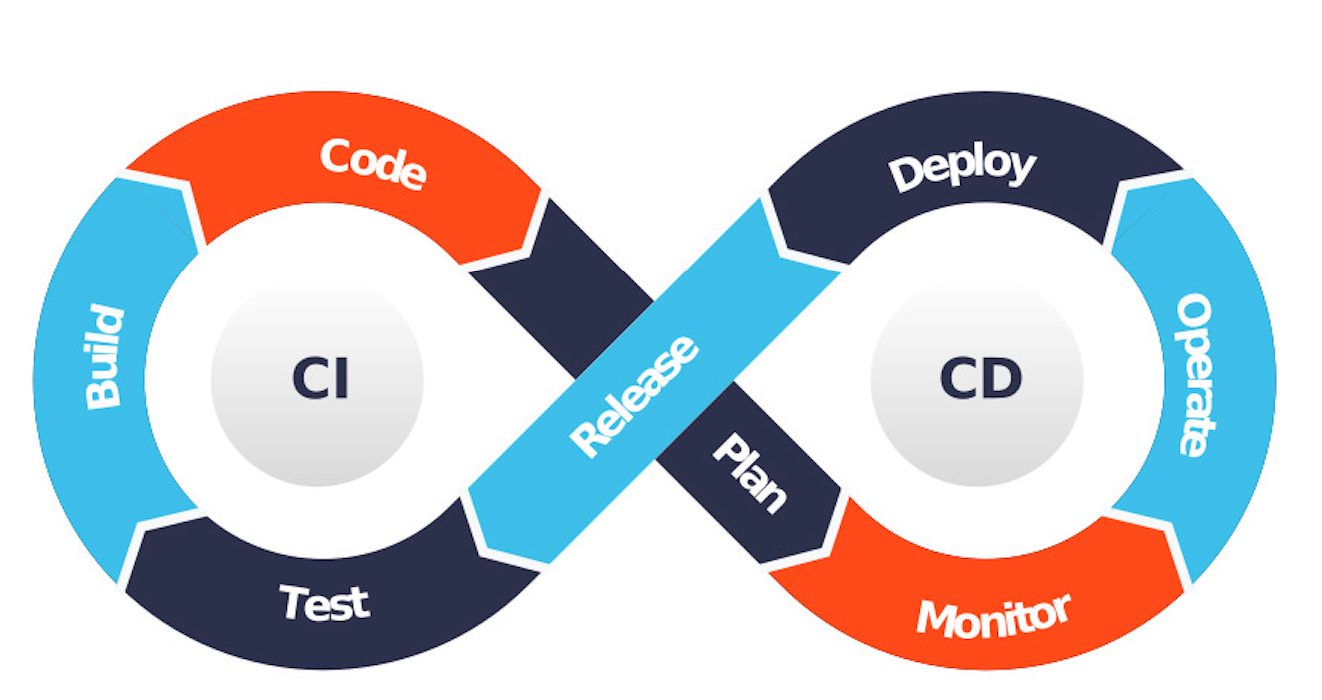 The step where requirements are translated into functional features, Source is first in the line of 4 CI/CD stages. Typically, a change in the program triggers a notification via a webhook to the CI/CD tool running the pipeline. But there can be other triggers too such as user-initiated workflows, results from other pipelines, and automated schedules. These triggers help automate the pipeline at the source stage, making the process frictionless as opposed to a manually-run pipeline where teams often delay deploying the code.

The build process fetches the code from the source repository and is responsible for establishing links with all its dependencies and artifacts and wrapping it up to make an executable product.

An automated build process eliminates variations between releases and also reduces manual work that can be a precursor to deployment issues.

Accuracy and productivity are both quite vital when testing in a DevOps environment where “build fast, test fast, fail fast” is the driving principle. The idea is to improve the performance of the product by ensuring all test cases are covered, and the user has access to faster results. And as manual testing is too slow, it’s critical to invest resources in writing automated tests. The time saved can be used to develop additional layers of end-to-end and performance tests.

After testing the application, it is moved to the deployment stage. Typically, this has been a largely manual process and many organizations have failed to make the transition to automatically deploy their software into production. As we’ll discuss later in this post, Helm charts and other GitOps tooling and practices are helpful for deployment processes if you’re using Kubernetes.

GitOps is the latest turn in the evolution of configuration management and standardizes the principles for continuous deployment for cloud-native applications with Git as a single source of truth. While CI tools like Selenium and Jenkins have gone a long way to automate tests and builds, GitOps lets you automate every step of the CI/CD pipeline, including the deployment stage.

Kubernetes is at the forefront of cloud-native tooling and automation. Kubernetes cluster management must be taken into account when automating the CI/CD pipeline.

Kubernetes operators help automate repetitive tasks and are extensions to the Kubernetes API that can be deployed to an existing cluster. For every application on the cluster, Operators can be used to automate everything from deployment to scaling, backup, and node failure simulation.

Horizontal Pod Autoscaler (HPA) is responsible for automatically controlling the number of pods in a deployment, scaling up or down as needed.

Kubernetes Cluster Autoscaler is used to scale the number of nodes in a cluster to improve resource utilization within the cluster based on the CPU utilization.

Automating Pulls and Deployments With Flux

Developed by WeaveWorks, Flux is one of the Cloud Native Computing Foundation (CNCF) incubating projects and is responsible for running automated steps to move code committed to Git further down the pipeline. In the pull pipeline, the tool constantly compares the target state in the environment repository with the state of the deployed infrastructure. Upon firing a trigger, it automates the deployment process, thus reducing the scope for human error and time to production.

Flux offers built-in compliance by leveraging Git’s version history and records every change made to create an automatic audit trail. Moreover, in GitOps, the production environment is updated only when there are modifications in the environment repository. So, if any infrastructure changes are not pre-defined in Git, Flux automatically rolls back to the previous defined state.

The paradigm of manual testing involves rigorous rounds of compatibility tests, regression tests, and integration tests. With declarative configurations and applications, we rarely get compatibility issues between builds and this reduces the redundant effort behind testing.

Deployments form the final step of the CI/CD pipeline and if anything goes wrong, it directly impacts the end-user. The stakes are high, and hence it’s all the more important to be careful with automation at this stage.

Flagger is another open-source tool developed by WeaveWorks that facilitates progressive delivery practices such as blue-green deployments and canary releases. It single-handedly supports deployment automation and configuration and offers a service mesh to enable communication between external applications. For organizations with multiple teams that coordinate for every release, Flagger mitigates a lot of back-and-forths. Flagger complements Flux to map complete automation from commit to production Kubernetes cluster.

GitOps is the new standard of software delivery patterns and helps in efficiently handling cloud infrastructure. Tools like Helm, Flux, and Flagger are core to GitOps principles and ensure end-to-end workflow automation for enterprise-scale organizations. With GitOps, you can automate Kubernetes, making it easier for engineering teams to deploy, test, and iterate on the product. All this considered, GitOps is the quickest path to automating traditional CI/CD pipelines.

Run your apps on Kubernetes one pull request at a time