Kubernetes at Deutsche Telekom - GitOps at the Edge

In this latest episode Vuk Gojnic of Deutsche Telekom and Cornelia Davis of Weaveworks discuss Das Schiff - a Kubernetes as a service platform for vendors and application developers. The panacea for most organizations when they adopt cloud native technologies is portability across multiple clouds, data-centres and even the edge. In this latest podcast episode, Vuk Gojnic (@vukgojnic) of Deutsche Telekom and Cornelia Davis (@cdavisafc) of Weaveworks discuss Das Schiff - a Kubernetes as a service platform for vendors and application developers. 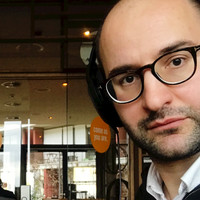 Vuk Gojnic is a squad leader for the Kubernetes Engine at Deutsche Telekom. Originally a developer, Vuk discovered open source and has been a convert ever since. At Deutsche Telekom, he’s responsible for Das Schiff their Infrastructure as a Service platform built on Kubernetes and other cloud native tools. The platform allows 1000’s of application owners and vendors to securely deploy workloads and other services on-premise, across multiple sites, clouds and at the edge with the standard GitOps operating model.

What are your goals for cloud native?

Deutsche Telekom is a large global telco provider, or more accurately, a group of telco providers. Vuk works within the German subsidiary of that group and is responsible for establishing and rolling out cloud native within the company. He admits that the company is just at the beginning of that journey, and that the organization has a long way to go as before it can safely say that it has a fully “cloud native” way of doing things.

Telco companies tend to have two large technology departments;  the IT department, and the other where Vuk operates in is  the Network Technology group. The Network Technology group runs the infrastructure platforms, as well as all the other frameworks needed to create, deploy and offer services to end users like voice, internet, live TV, and miscellaneous enterprise applications.

Network technology from physical hardware to the cloud

Traditionally, networks were an area that was handled by the big industry vendors like, Ericsson, Nokia, Huawei, and so on. Cisco would also traditionally ship proprietary, application-specific network boxes that needed to be maintained. But these last couple of years have seen a massive effort to virtualize the network functions with a move towards making these more cloud ready. And today, these virtualized network functions are now adopting Kubernetes and transitioning to cloud native.

When asked about goals of cloud native, Vuk, says “for us it is to enable and drive the transformation so that applications that were traditionally very proprietary, very monolithic, and very hardware specific can still run, yet at the same time gain all of the benefits of modern cloud native operating patterns like GitOps.”

What does the developer community look like at Deutsche Telekom?

Deutsche Telekom (DT) employs more than 220,000 people around the world. A conservative estimate is that 5 to 10% of that workforce are developers. The network technology group provides Kubernetes and infrastructure services to the application owners' who are responsible for providing infrastructure services to the vendors and to the application developers. In both cases, vendors and developers need the ability to test and deploy their workloads either on-premise at Deutsche Telekom or on-premise at another operator.

In German, Das Schiff means ‘The Ship’. The name of the platform very much represents how containers are delivered at Deutsche Telekom. The DT team doesn’t build or develop any of the containers, instead the platform is designed to shift the containers left or right and deploy them wherever they need to run in a secure and reliable way.

With the help of Weaveworks, Vuk and his team built a very deliberate way of delivering Kubernetes that offers a managed Kubernetes service or a cluster with all the essential add-ons and tools that vendors and application teams require:

“Our application teams have more or less all the basics in their hands to start deploying and running their application in our very specific environment. We are running everything on-prem. We run the workloads also traditionally in many locations. We have a handful of what we call core locations, 20 to 25, then there are near edge locations and there are more than 10,000 edge locations.” -- Vuk Gojnic, Deutsche Telekom

Listen on your favourite podcast platform:

Ask us for demo of Weave Kubernetes Platform