BlackRock is one of the largest investment companies in the world. With a 30-year history and an impressive performance, the company does not shy away from the latest trends in cloud native infrastructure. BlackRock is one of the largest investment management companies in the world. With a 30-year history and an impressive performance, the company does not shy away from the latest trends in cloud native infrastructure. In just 100 days, the BlackRock engineering team managed to roll out a stable and reliable production ready Kubernetes platform on Aladdin Data Science, for internal BlackRock data science and machine learning use cases.

In this episode, Mike Bowen is the Director of Open Source and the Head of Aladdin Studio DevOps discusses BlackRock’s Kubernetes journey and highlights some of their roadblocks as well as successes.

Aladdin, which stands for (Asset Liability and Debt and Derivatives Investment Network) combines sophisticated risk analytics with comprehensive portfolio management tools, trading, operations, compliance and accounting tools on a single platform. The platform is used internally as a service for BlackRock's investment business and is also sold as service to other asset managers and financial institutions.

The objectives of the Aladdin Data Science application are to provide an easy to use user interface that can be accessed by both BlackRock internal investors and external Aladdin clients to take advantage of analytical data for portfolio risk analysis. The web interface replaced the complex installation required for individual user desktops and was the impetus for BlackRock to make the shift to a cloud native architecture. A team of 20 people working together managed to successfully roll out a new version of Aladdin Data Science on the Kubernetes platform in 100 days.

The main reasons for choosing Kubernetes are that it is open source and that given the contributors to the project, the long-term prospects were good. Companies choose technologies that will be relevant in one form or another in another 5-10 years, and to the BlackRock team, Kubernetes at that time looked convincing to them. In particular, they saw that the number of non-Google individuals and companies contributing to the Kubernetes codebase had exceeded the number of Google committers.

The BlackRock Journey to Kubernetes

Instead of a complete rewrite of their architecture, BlackRock integrated Kubernetes into their existing framework. The BlackRock team worked around corporate firewalls, implemented service discovery and also wrote a customized messaging protocol across several different environments. In the end, they gained the rewards of more rapid development and more frequent deployments with their decision to go forward with Kubernetes. 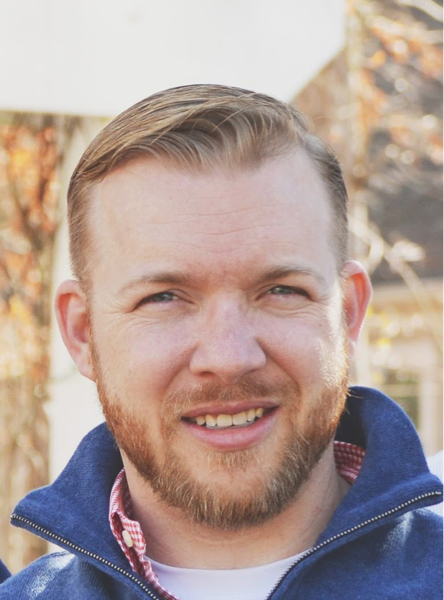 Mike Bowen is the Director of Open Source at BlackRock and the Head of BlackRock’s Aladdin Studio DevOps and Desktop Experience teams as a part of the Aladdin Platform Engineering Team. Aladdin is BlackRock’s end-to-end investment management technology that seeks to connect the information, people and technology needed to manage money in real time. BlackRock uses Aladdin internally to run the investments business and also sells Aladdin externally to other investment managers. The Aladdin Platform Engineering team architects and builds the fabric that underpins Aladdin. In addition to his other responsibilities, Mike leads the Service Orchestration Council (SOC) that is part of the Enterprise Architecture program at BlackRock. The SOC is focused on defining the guidance and best practices for building, deploying and managing containerized applications and services bound for Kubernetes. Mike is also a member of several CNCF and Kubernetes Special Interest Groups (SIG).

Mike’s service with BlackRock dates back to 2008, including his years with Helix Financial Group LLC which was acquired by BlackRock in 2010. Mike resides in Fort Mill, SC with his wife and three children. In his spare time Mike enjoys cooking, fishing, hunting, going to the beach and contributing to the open source.

Listen to the entire episode on your favourite platform listed below:

The Art of Modern Ops · Kubernetes in Highly Regulated Industries

Sign up to be notified of future podcast episodes