This was co-authored by Satyam Zode and Akash Srivastava from MayaData.

MayaData engineers have been part of the Weave Scope community for quite a while now. If you’re unfamiliar with MayaData, they are the main sponsors of OpenEBS and have this to say about themselves:

Their product MayaOnline makes it easy to visualize and manage storage in a Cloud Native world. Weave Scope makes it easy for operators to observe what’s happening in their cluster. So it made sense to add support for volume objects and snapshot/clone operations to Weave Scope. The MayaData team contributed this to Scope (we previously blogged about this).

At the beginning of this year, Daniel Holbach, Community Manager in Weaveworks’ Developer Experience team fled the German winter, traveled to India and caught up with the MayaData team in Bangalore.

Everyone had worked together online, but spending time face to face quickly sped up the conversation. It became clear that there was quite a bit of feedback given about Weaveworks technologies. , The MayaData team not only used Scope but it turns out they were also making use of Cortex and Flux for some internal workloads as well. 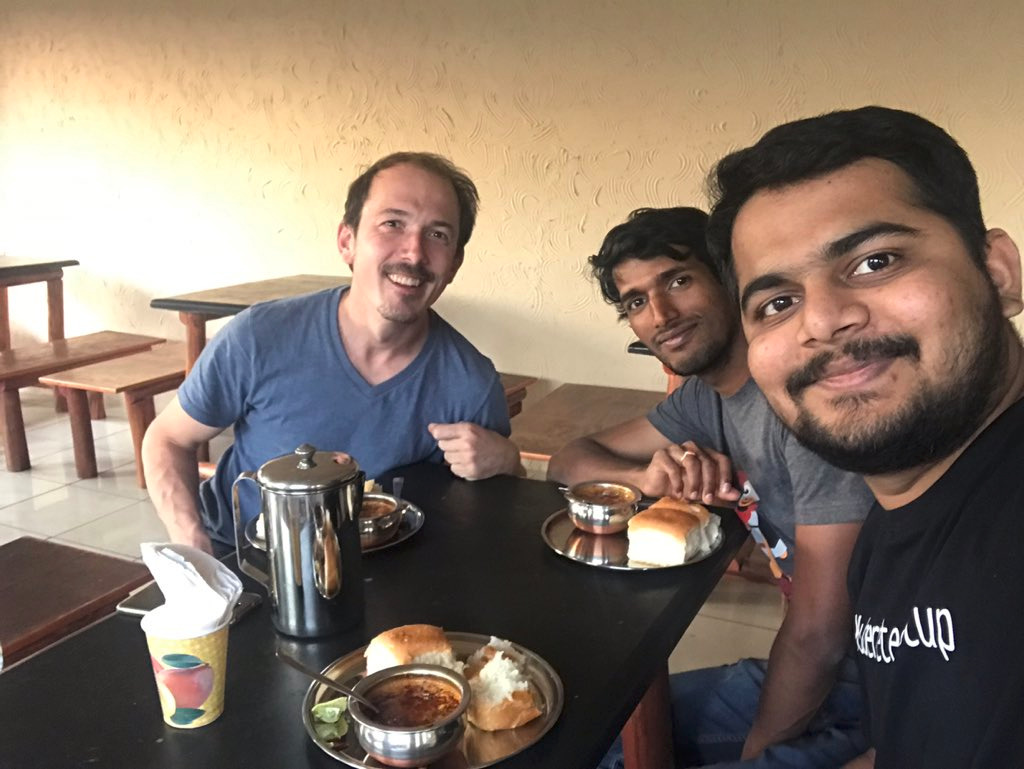 “We had a great brainstorming session with Daniel on how we can improve Weave Scope and make Scope better for users. Weave Scope has the potential to bring novice Kubernetes users onboard and we have seen many of our customers at MayaData using Scope to understand Kubernetes paradigm. ”Akash Srivastava

“I very much appreciated the hospitality of everyone at MayaData and enjoyed the time greatly. In many of the lunch breaks we discussed ideas and challenges and were able to push quite a few things forward. Particularly Satyam and Akash are very dedicated, very open to feedback and looking for ways to make the lives of devs and ops easier. I’m very glad they’re around and part of the Scope community as well.” Daniel Holbach

Since the 1.10.0 release of Weave Scope, MayaData listened to customer and community feedback and started work on quite a few updates and fixes in Scope.

The Weave Scope team meets every two weeks, and in one of the meetings, Satyam and Akash demonstrated all the things they had been working on. Check out the meeting of the Scope team to see a quick demo.

Among the new features and enhancements were these UI related bits:

Other helpful changes to day-to-day Scope operations were also made: 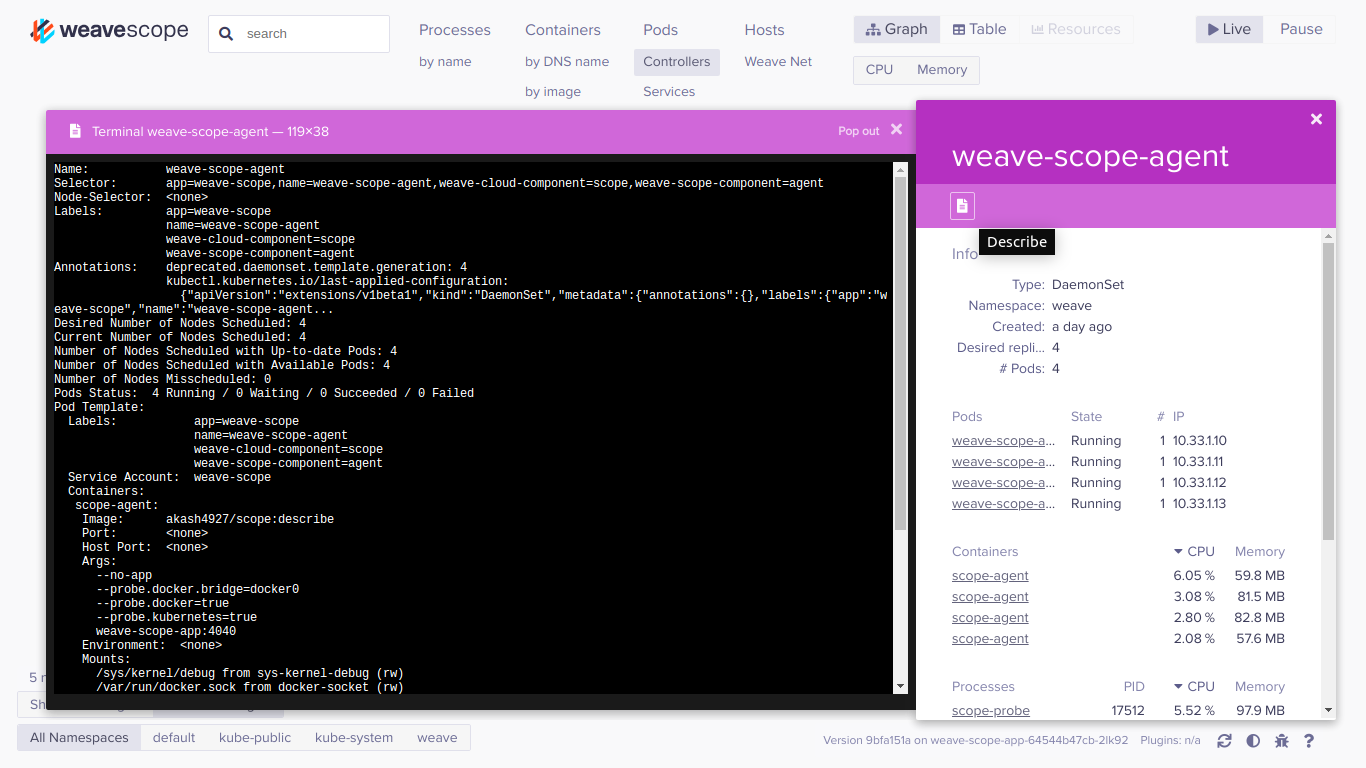 Some of the above already landed in git, and some features are still being polished and should land in the next few releases of Weave Scope.

Thanks a lot everyone for pushing Weave Scope forward and making it cover more and more use cases! 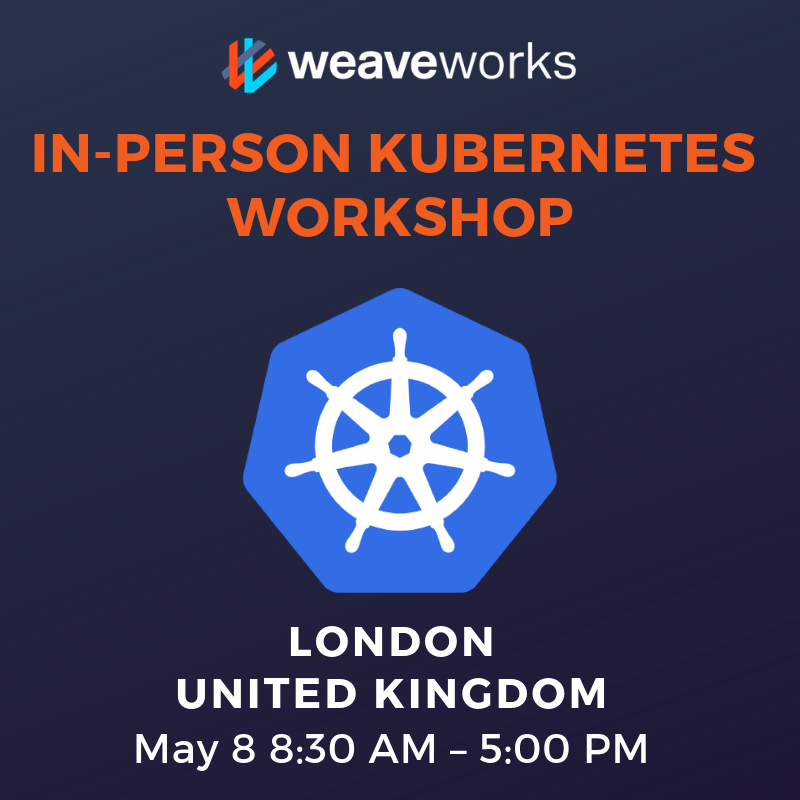 Learn to deploy production ready Kubernetes in a day.