At last year’s Kubecon in San Diego, Mark Emeis, Weaveworks Engineering Manager and open source contributor gave a talk on how Weave Ignite started, how it works and where you can use it in your development pipelines. At last year’s Kubecon in San Diego, Mark Emeis (@markemeis) Weaveworks engineering manager and open source contributor gave a talk on how Weave Ignite started, how it works and where you can use it in your development pipelines.

What is Weave Ignite?

Weave Ignite combines Firecracker microVMs with OCI images, containerd and CNI to unify containers and Virtual Machines (VMs). It integrates with Kubernetes and GitOps operators that can be managed declaratively. Because ignite leverages Firecracker - AWS’ OSS KVM implementation- it is optimized for speed, low resource consumption, high security, and isolation.

With Ignite, developers and devops teams can:

Firecracker is a microVM technology open sourced by Amazon. It is used in Fargate to power Lambda (serverless functions) on demand functionality. Firecracker has a reduced footprint that can spin up VMs when needed.

Lucas Käldström (@luxas) along with Dennis Marttinen, who were both in the Finnish military at the time, required a cheap and fast Kubernetes installation. Limited in cash, they looked around until they found open source Firecracker. Immediately, they recognized this technology as perfect for Kubernetes deployments.

The first iteration of Ignite was written in 500 lines of bash! But once they finished their military service, Dennis and Lucas came to Weaveworks, and they rewrote it in Go. It is this version that has become Weave Ignite.

The road to virtualization

Before demonstrating Weave Ignite, Mark took us through a short history of virtualization, illustrating how we got to where we are today. He split the VM lineage into four stages and identified five important axes for running workloads: simplicity, security, performance, flexibility and utilization. 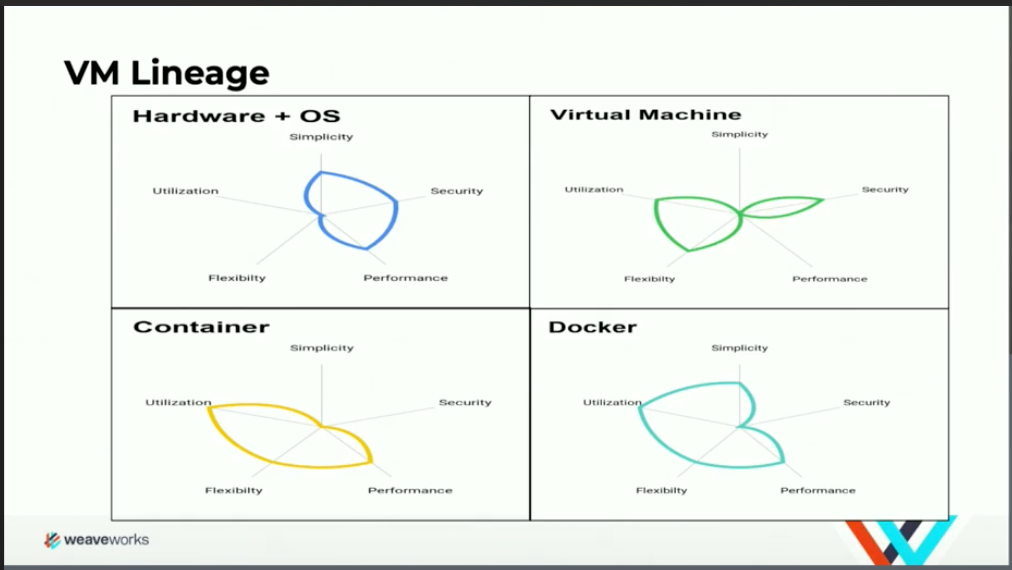 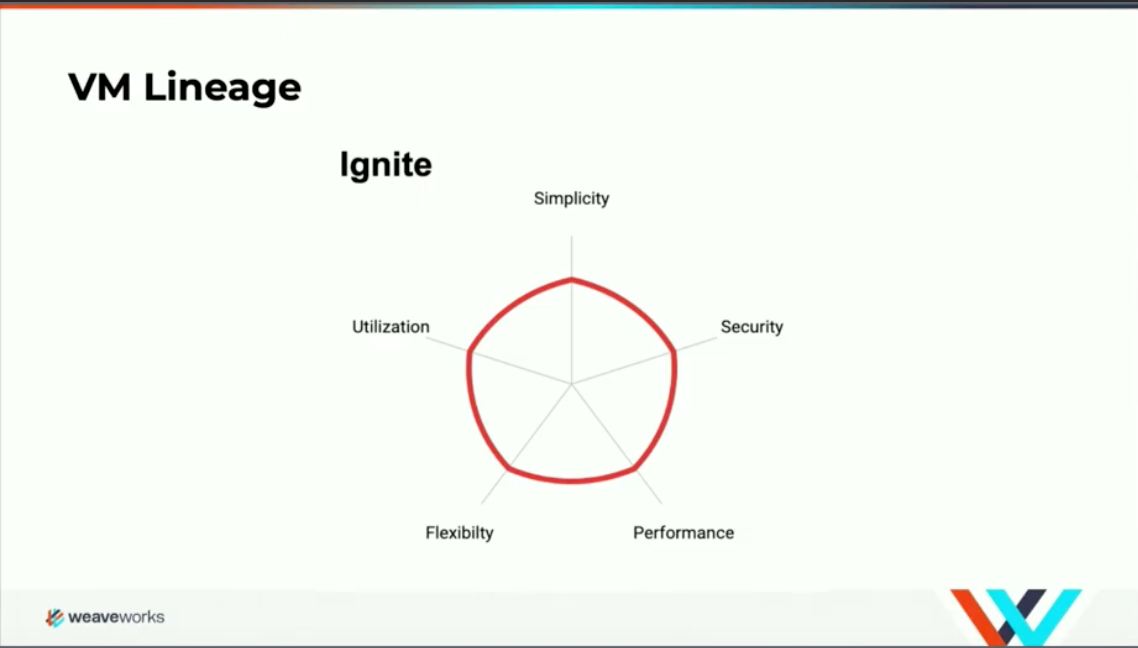 What if you could manage VMs as easily as containers?

This is exactly what Lucas and Dennis did by creating a CLI with a familiar set of commands that allow you to manage your VMs on the command line just like you do with containers. Ignite provides you with commands like `attach`, `start`, `exec`, and `stop` just like you can find in docker. Weave Ignite takes an UX that is well known and transitions that for use on virtual machines. 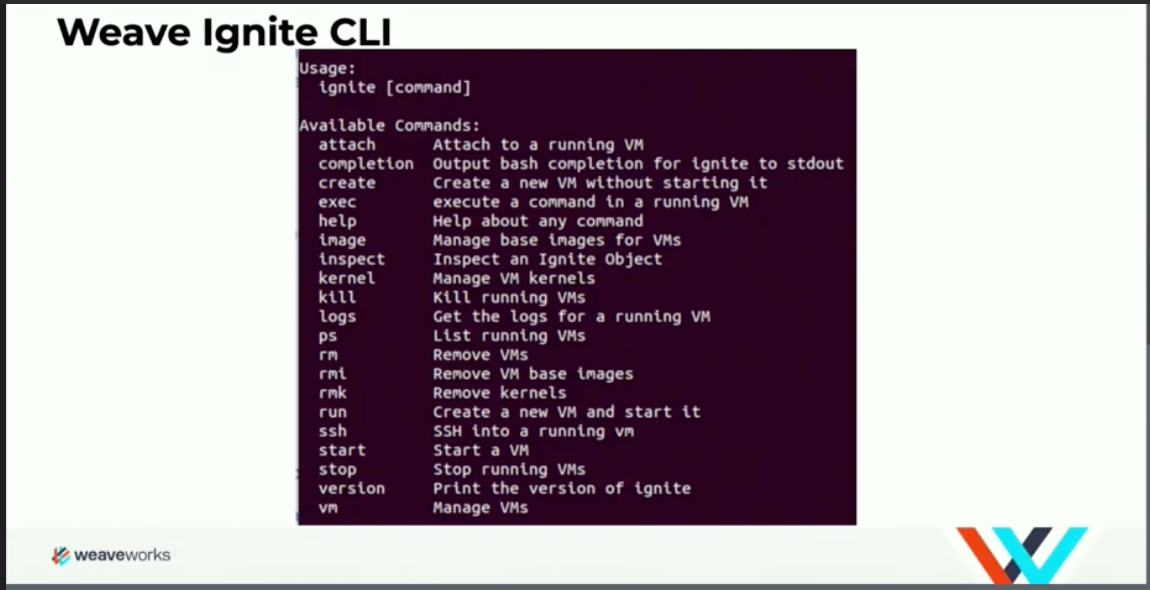 “With Weave Ignite, we wanted to leverage even more of the Docker and the container aspects for virtual machines. You can actually take a Docker container, if it has an `init` process in it and `systemd` in it, you can run that on Ignite just like you can as a Docker container. That's really where the power is.” -- Mark Emeis, Weaveworks Engineering Manager

View the entire talk and watch the demo:

Learn more about implementing Kubernetes in your organization. Download the whitepaper.