November 16, 2015
Docker
Product Features
How To

Welcoming today’s guest blog from the DCHQ team, who use Weave Net to provide the Docker container network for their Deployment Automation and Lifecycle Management platform:Using DCHQ and Weave to automate Docker at...

Welcoming today’s guest blog from the DCHQ team, who use Weave Net to provide the Docker container network for their Deployment Automation and Lifecycle Management platform:

Using DCHQ and Weave to automate Docker at scale

Orchestrating Docker-based application deployments can be a challenge for many DevOps engineers. Pools of servers are often spread among multiple development teams, making deployment difficult to monitor, manage and maintain.

DCHQ provides a deployment automation and life-cycle management platform for docker-based applications. It allows you to define infrastructure provisioning, auto-scaling, and clustering and placement policies for infrastructure operators. Weave provides the networking, enabling container-to-container communication, so that you can maintain and monitor clusters regardless of the host or cloud provider.

This blog is the first in a two part series that address the scalability of clusters with Weave and DCHQ. Part 1 discusses how you can use DCHQ cluster orchestration and Weave container networking to deploy 10,000 NGINX containers to 1,000 clusters in less than 45 minutes.

To simulate a realistic scenario:

Building the Application Template for the NGINX Cluster

Log into DCHQ (either the hosted DCHQ.io or the on-premises version), and create a new Docker Compose template, by selecting Manage > Templates and then clicking the + button.

Next specify the parameters to use for your clusters. For this example, a simple NGINX cluster is created to demonstrate auto-scaling. Set the number of containers to 10 in the cluster_size  field.

Other configurable parameters include: 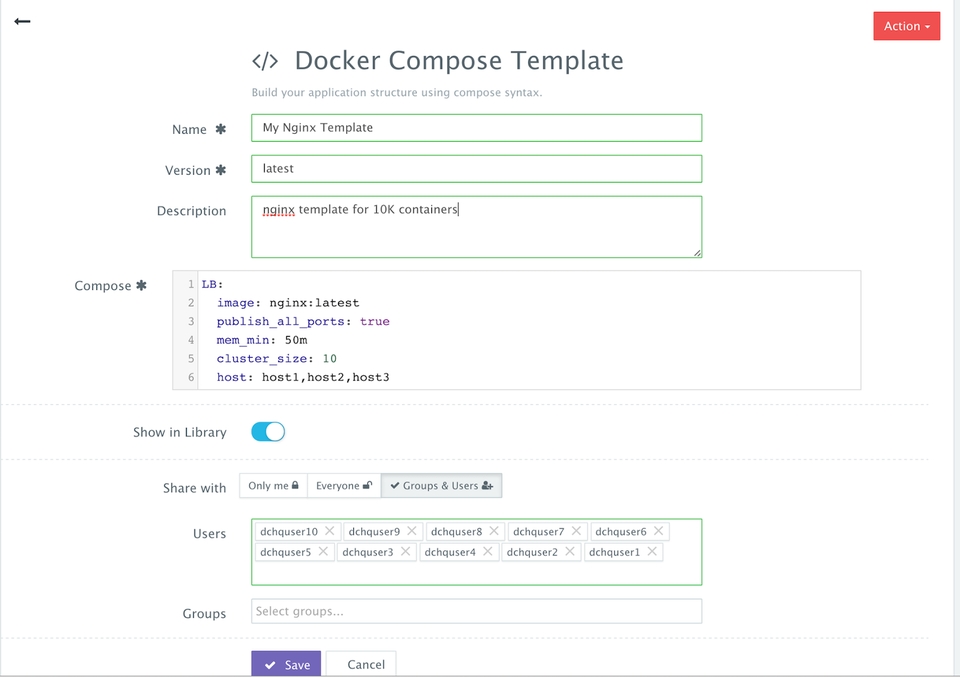 After you’ve saved the application template, register with Rackspace, so you can provision the VMs.

Weave is set up in the Network field and is launched after the VMs are provisioned. Weave establishes peer connections between clusters and hosts and afterwards will be ready to automatically discover any newly deployed containers.

10 Rackspace clusters were provisioned with each cluster using 3 virtual machines with 4 GB of memory for a total of 30 VMs. 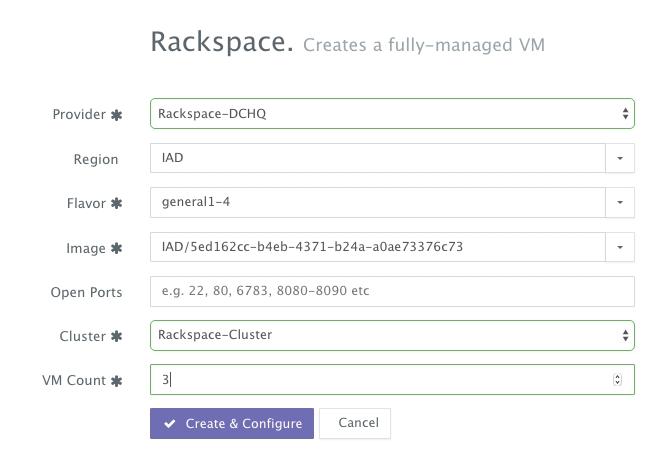 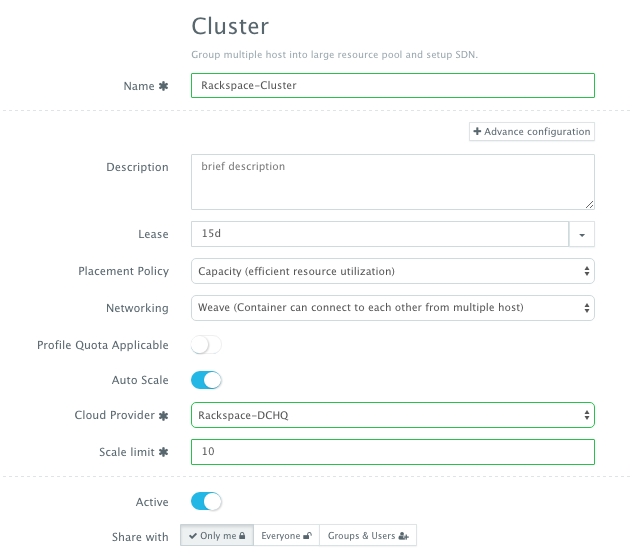 With the servers provisioned, you are now ready to deploy the NGINX container clusters using DCHQ’s REST API’s.

Run the following script to invoke the deployment API (https://dchq.readme.io/docs/deployid). 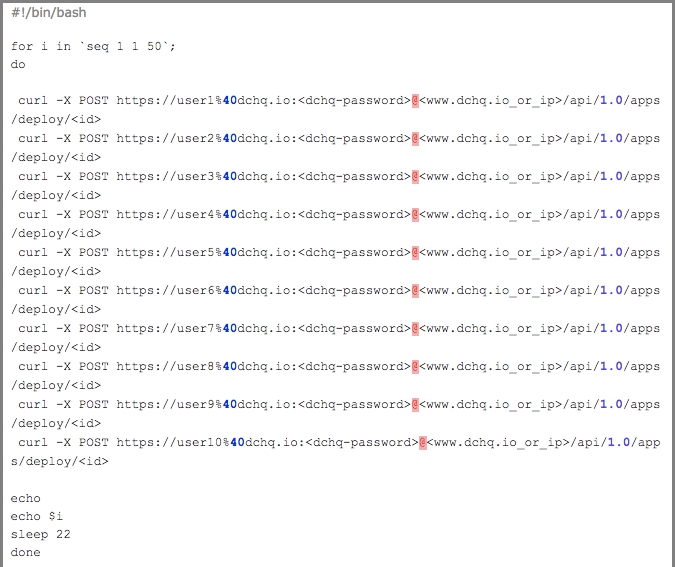 The deploy script does the following:

The performance of the VMs was monitored both before and after the 10,000 containers were launched.

Before all 10,000 containers were run, CPU usage was minimal and total memory used was only 16%.

With all 10,000 containers running, the memory usage of all VMs, peaked at 74%, which is shown in the screen shots, “All 10,000 Containers Running” and in “Host Details: Resource Utilization”. 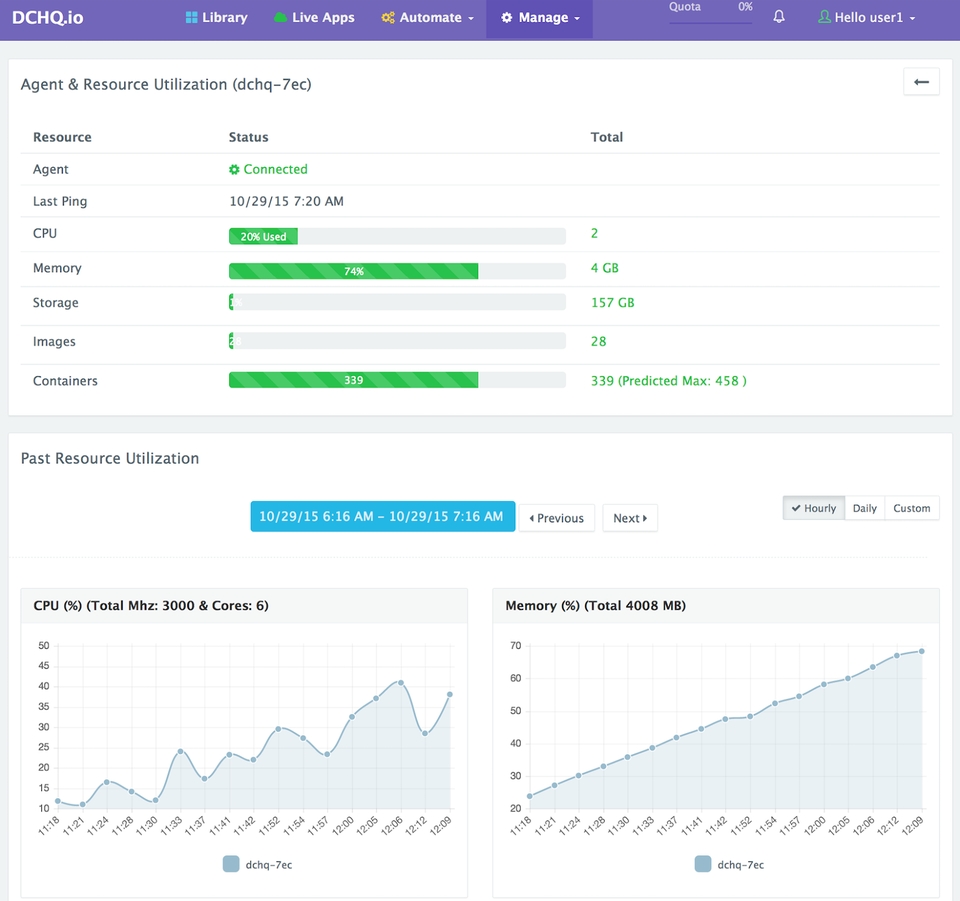 And for comparison this next screenshot displays the memory usage of all 1,000 Nginx clusters, with 10 containers running on each cluster. 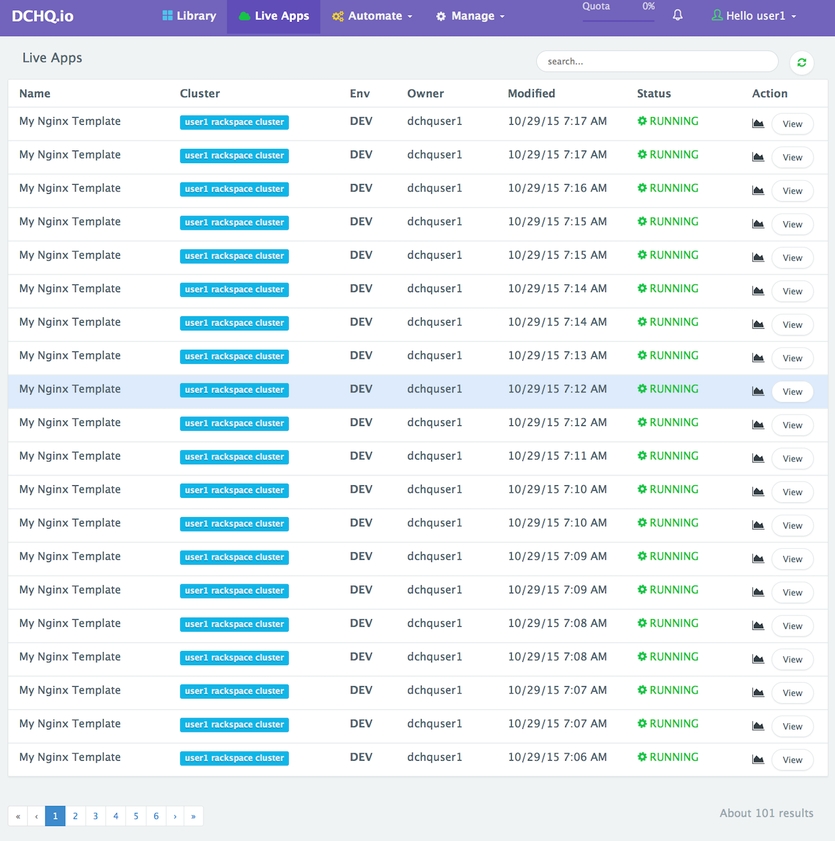 Orchestrating Docker-based application deployments is still a challenge for many infrastructure operators as they struggle to manage pools of servers across multiple development teams, and where access controls, monitoring, networking, capacity-based placement, auto-scale out policies and quota need to be configured.

Sign Up for FREE on http://DCHQ.io or download DCHQ On-Premises to get access to out-of-box multi-tier Java, Ruby, Python, and PHP application templates along with application lifecycle management functionality like monitoring, container updates, scale in/out and continuous delivery.

Next
How To
Docker
Product Features

Next
How To
Docker
Product Features