In this episode of the Art of Modern Ops, Cornelia Davis sat down with industry analyst James Governor of Redmonk to discuss the state of DevOps, cloud native and what really drives developers to choose the tools they use. In software engineering, we often think that the process itself, for example Agile or Extreme programming is what has the most influence on engineering culture. But what if the tools themselves are what drives developer culture and have much more impact than process on how engineers work and interact on a daily basis?

If you were to examine developer community behaviour a little more closely, you would see right away that there are key industry influencers that everyone listens to and takes the lead from. One of the reasons for this phenomenon might be that the technology industry is very fragmented and full of too many choices which can result in cognitive overload: which programming language do I use? What datastore is best? How do I monitor Kubernetes and what tools should I use for that? Developers simply don’t have the time to make the decisions or worse, make the wrong decision. This is one of the reasons why developer influencers are an important component of the industry, explains James Governor.

In this episode of the Art of Modern Ops, Cornelia Davis sat down with industry analyst James Governor of Redmonk to discuss the state of DevOps, cloud native and what really drives developers to choose the tools they use. “Sometimes technology is chosen by people based on their gut instincts rather than on facts,” says James Governor. “Of course we all view ourselves as computer scientists, but often there is more than just facts involved for why people gravitate towards particular brands.”

Tech as fashion, testing in production and progressive delivery

James sees developer influencers as those who have good taste and who are people that the rest of us can learn from. "Some people in the industry just have a great feel for what is cool and what works well," says James.  Often these are the people who drive most of the technology choices in the industry.

“The degree to which technology choices are all based on science has been overstated. It’s a fashion industry. The hemlines change… It wasn't so long ago that we were all over microservices, before we realized that they might have been a mistake. Then someone like Kelsey Hightower comes along and says that microservices shouldn’t be the key focus.”

Tools are often the impetus for cultural change. GitHub in particular brought a massive change to the way developers and teams collaborate and build products together.  GitOps which is an operating model for managing Kubernetes and cloud native applications and infrastructure flows naturally and intuitively with the tools already in use by most developers.

“There are only three places where developers want to live: they want to be in their code editor, they want to live in GitHub or Slack…. And anything that makes them want to leave those environments is going to make them less productive. GitOps to me is a very real phenomenon and organizations understand it. I see more and more companies and individuals that absolutely do see [GitOps] as a way of putting systems together.” -- James Governor, Redmonk Analyst 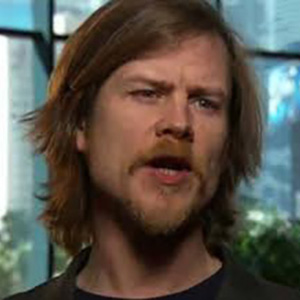 James Governor (aka @monkchips) is co-founder of RedMonk, the open source analyst firm that specializes in developer advocacy and analytics. Based in Shoreditch, London, he advises enterprises, startups and major companies such as IBM and Microsoft on developer-led innovation, community and technology strategy. He is also proud to have open source non-profit organizations such as the Apache Software Foundation and the Eclipse Foundation as clients. James is co-author of the O’Reilly publication Web 2.0 Design Patterns: what architects and entrepreneurs need to know.

He is also chairman of SAP’s external panel for stakeholder assurance in Sustainability Strategy and Reporting for 2009 and led the creation of the Greenmonk sustainability subsidiary.

Listen to the rest of the episode as Cornelia and James drill down on choosing technologies, testing in production and progressive delivery.

Get started GitOps today with our Discovery, Design and Deploy packages.