We like continuous integration and testing at Weaveworks. This blog post tells the story of the journey we have been through, the tools and technologies we use, what worked and what didn’t, and the lessons we’ve learned. A few months back,...

We like continuous integration and testing at Weaveworks. This blog post tells the story of the journey we have been through, the tools and technologies we use, what worked and what didn’t, and the lessons we’ve learned. 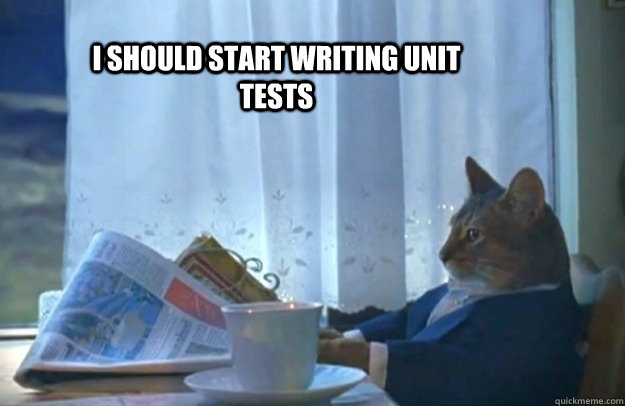 A few months back, Weave testing consisted of some Go unit tests and a set of integration tests made of a couple of hundred lines of shell scripts (including the excellent assert.sh), Vagrant files, and glue. These tests were run manually by the developers working on the project. We initially started by setting up the ever popular TravisCI to automatically run the unit tests on every PR and push. For fast, iterative testing on Travis you want to use their recently released Docker support, however this prevents you from building Docker images themselves. We therefore left Travis to just build the code, run the unit tests, and upload the results to Coveralls.io.

CircleCI
To build the Weave docker images, test them, and run the existing integration tests, we started using CircleCI. CircleCI combines low spin-up time with the ability to build Docker images (even if their version of Docker is a little old). We use the CircleCI test environment as a coordinator for our distributed integration tests. Each run on CircleCI starts a set of VMs on Google Compute Engine, uploads the build to these VMs, and runs a series of integration tests against them. We chose GCE for the per-minute billing, allowing us to spin up short lived VMs and not worry about getting charged for the full hour.

Originally all this ran in a single VM on CircleCI, but increasingly our integration tests were taking longer and longer. CircleCI has a sharding feature, where you can run your build and test script concurrently on multiple VMs (“shards”). CircleCI will automatically balance tests across these shards for common test frameworks but unfortunately our home grown, cobbled together bash scripts didn’t fall into this category.

We started with a simple round-robin based approach to scheduling integration tests across shards, but as some tests take minutes, and some test take seconds, this lead us to have massively unequal shard run times. The Scheduler was born.

The Scheduler
The scheduler is a Python app that live on Google AppEngine. It has a simple REST API – one endpoint for recording test run time, and one endpoint for getting a schedule. It uses a naive greedy algorithm to assign tests to shards:

As we needed a single place to atomically calculate our schedule, we decided to run this code on AppEngine. It would be no use each individual shard deciding what tests to run, as they might have slightly out-of-sync information and produce different plans, perhaps even resulting in some tests running on multiple shards, or not getting run on any shard.

The next challenge was one of coverage. Go has excellent tools for generating coverage reports from unit tests, but getting the same report from the integration tests seemed impossible. We wrote a very short shim, which launches the Weave router inside a unit test, ensures the command line argument handling is set up correctly, and ensure that the coverage report is dumped on exit. Combining this with some plumbing to gather the report from the test VMs / containers, we now had a large set of coverage reports, and no way to visualise them.

The integration tests exercise functionality at the same level as a weave user/application. They thus succinctly capture what users care about. And they are very stable as a result — the code base can undergo substantial, behaviour-preserving changes without impacting the tests. However, the integration tests aren’t a panacea:

For these reasons we continue to invest in unit tests.

Future
Testing is one of those things for which you can throw an infinite amount of time at and yet there always seems to be more to do. In no particular order, here are some things we want to investigate further: