Weaveworks was recently named one of the top eight contributing companies to Kubernetes. Find out more about the CNCF’s Kubernetes Project Journey report. Weaveworks was recently named as one of the top eight companies contributing to Kubernetes in the CNCF’s recent Kubernetes Project Journey Report. This is an outstanding achievement for us, given the relative size of Weaveworks as compared with the other companies on that list which include Redhat, Google, IBM, Microsoft and several others. 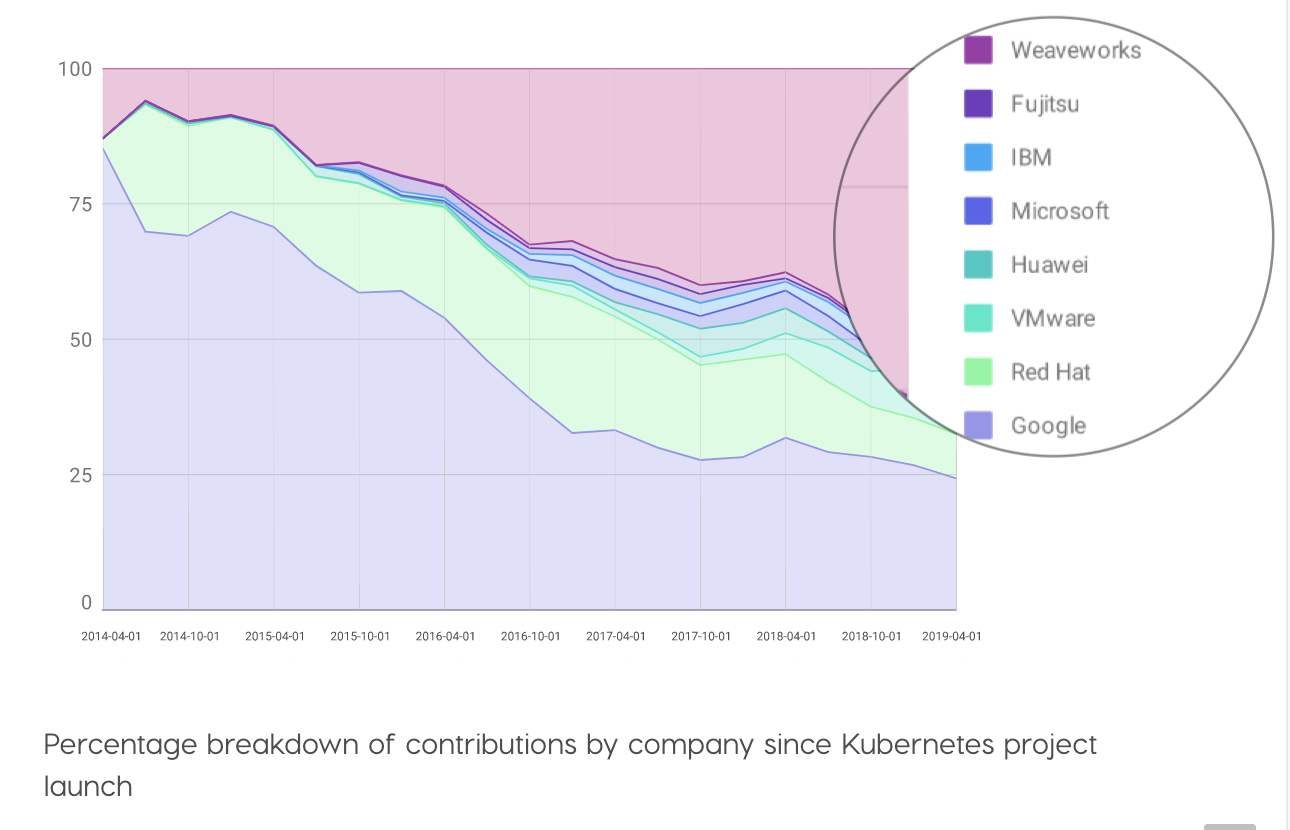 But anyone who knows the history of Weaveworks might not be too surprised by this. Weaveworks has been a major champion of Kubernetes since the very beginning. It might not be too much of a coincidence that Weaveworks was incorporated only a few weeks after Kubernetes was open sourced, five years ago. In addition to this, the very first elected chair of the CNCF’s Technical Oversight Committee, responsible for technical leadership to the Cloud Native Foundation was also headed up by our CEO, Alexis Richardson(@monadic) (soon to be replaced by the awesome Liz Rice (@lizrice) of Aqua Security).

Kubernetes is the fastest growing project in the history of open source and the reasons for this growth are many:

Below are two graphs showing the growth of the number of Kubernetes contributors since inception and the number of commits since the beginning of the project.

Here are some other highlights noted in the CNCF Kubernetes Project Journey Report.

Since the very first commit to Kubernetes which occurred on June 6, 2014 and then later donated to the CNCF five years ago, there have been more than 35k individual contributors, 148k code commits, 83k pull requests, 1.1 million contributions to the code base and more than 2,000 contributing companies.

“What’s more, we think that Kubernetes has a lot more room to run – as do many other CNCF projects that are also growing quickly,” wrote the CNCF.

It’s important to note that no single company dominates Kubernetes contributions. The top two companies listed were Google and Red Hat, who according to the CNCF account, for 35% of the contributions today. This is the list of the top eight contributing companies that included Weaveworks. 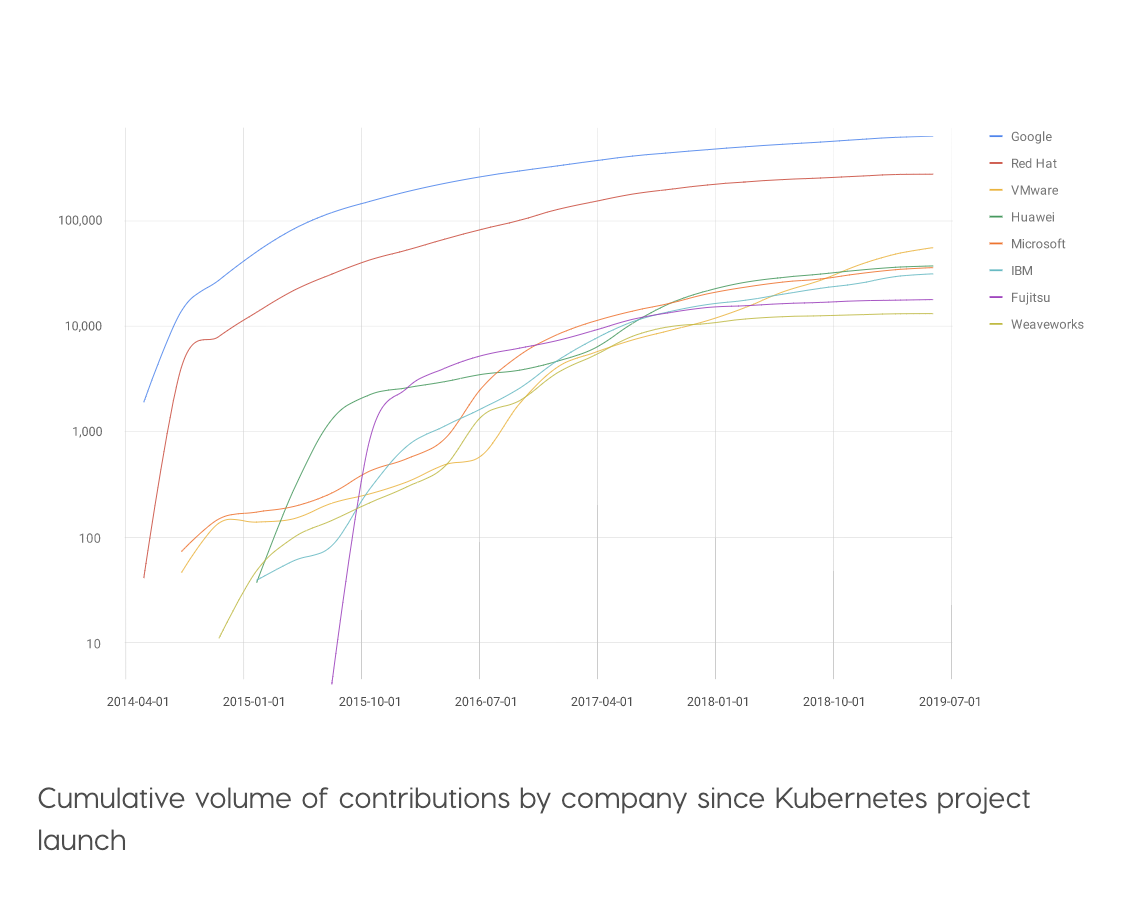 The number of companies actively contributing to Kubernetes has grown by 2000%. When Kubernetes was first open sourced, only 15 companies contributed to it. Weaveworks being one of those first 15 companies. Now there are over 315 companies that contribute to the project today and several thousand others who have done so over the lifetime of Kubernetes. 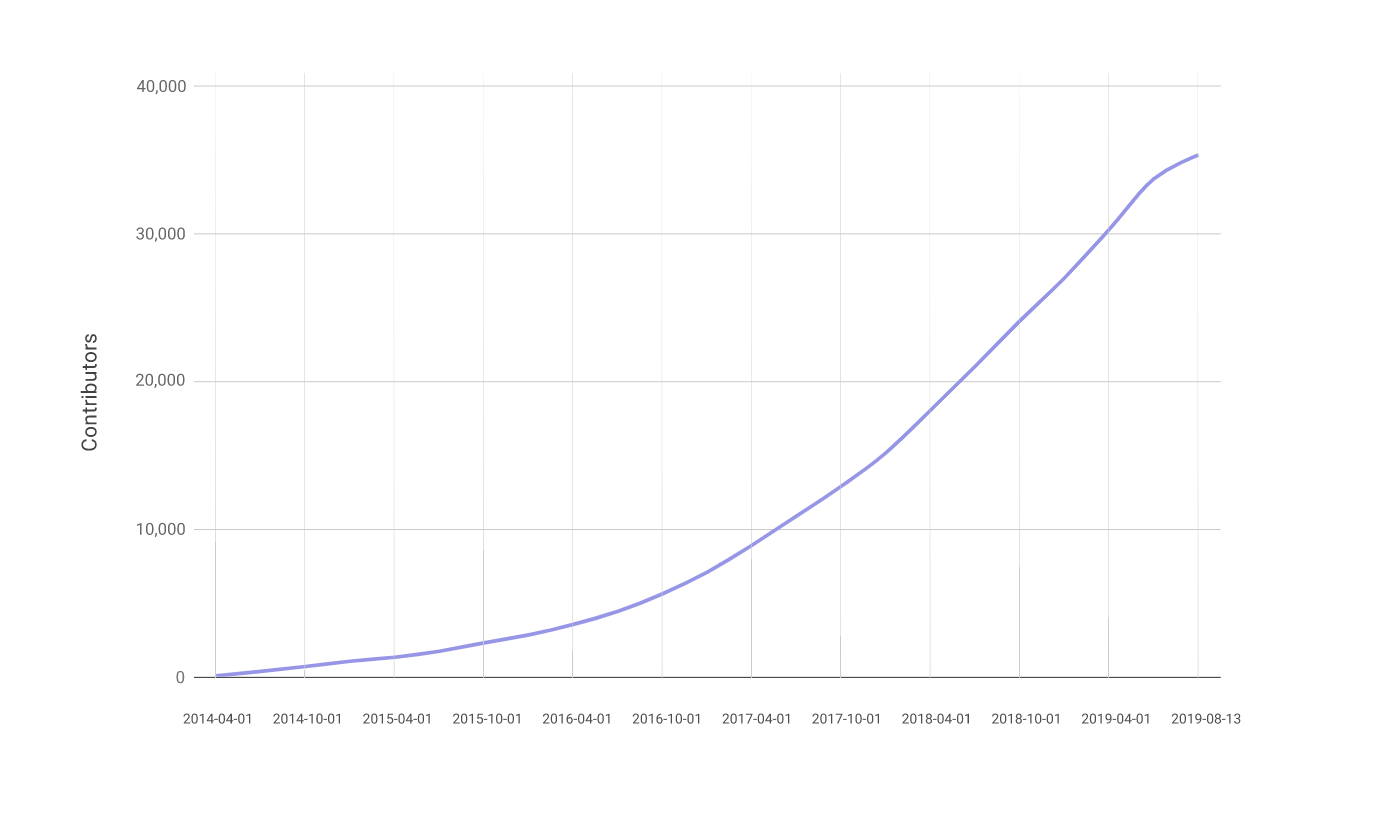 Another interesting development with Kubernetes contributions is the number of contributions from around the globe. The project is truly international with companies and individuals making commits from around the globe. Although the US and Europe still dominate in the number of commits, we are seeing this diversify to other areas of the world like China, India and Latin America. Over the life of the Kubernetes project, 11 countries have averaged 10 contributors or more and 17 have averaged 5 or more. 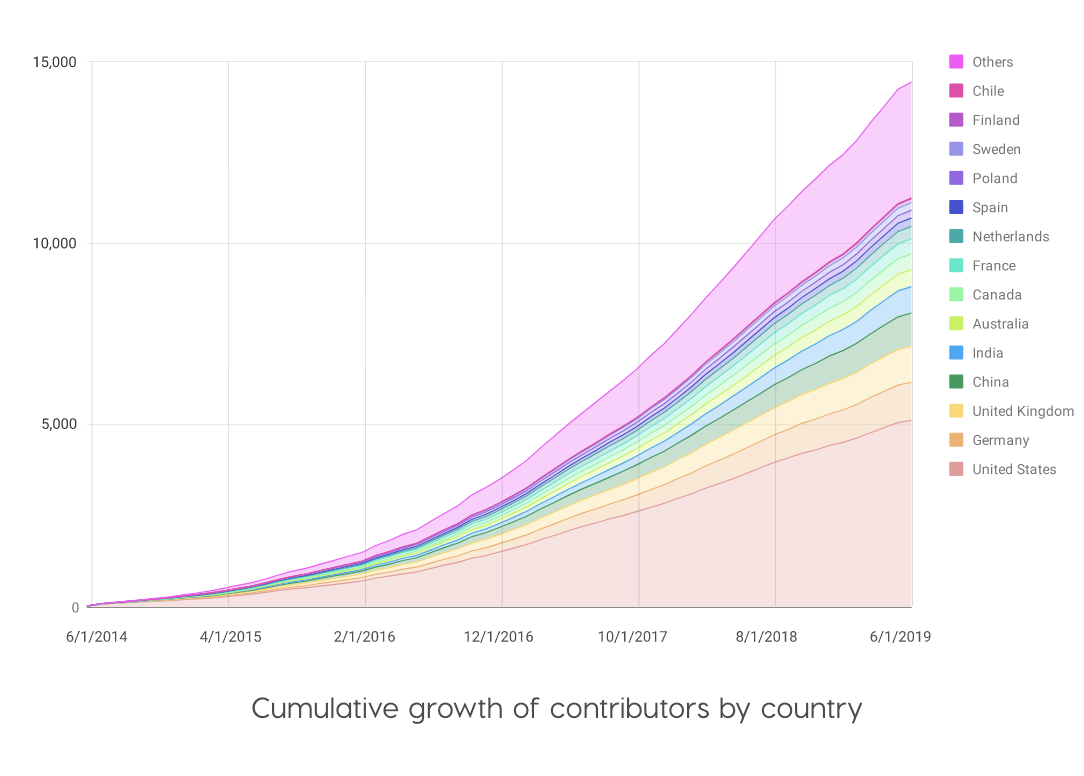 Have questions on what you need to create a cloud native platform?

The Weaveworks team can help you navigate the vast landscape of cloud native technologies – OSS and paid. Together we can create a cloud native reference architecture that fits your business needs. You can benefit from a Weaveworks’ validated design or you can design, review and select technology options with our expertise.

Contact us for a demo of the Weaveworks Enterprise Kubernetes Platform or check out our Quickstart program to help you get up and running with Kubernetes.