Watch our latest on demand webinar where James Governor, Redmonk discusses the increasing importance of DevEx. How can organizations embrace a superior developer experience that results in production excellence? What about security implications when enabling self service? Is platform engineering the golden path forward?

Kubernetes is an incredibly powerful platform, but let’s face it: the developer experience can involve a steep learning curve.

With this in mind, we recently hosted a webinar in collaboration with James Governor from Redmonk, entitled ‘DX, Guardrails, Golden Paths & Policy Management in Kubernetes’. Covering a range of Kubernetes-related topics but with a special focus on developer experience, it looked at whether there are ways to make Kubernetes deployment easier for developers – especially those using Kubernetes for the first time.

If you missed it, you can watch the recording here.

A Response to Real-World Problems

Prior to the webinar, Redmonk tested the water with a series of questions on Twitter, exploring some of the key issues real developers experience when trying to deploy their apps. Somewhat predictably, many of the comments confirmed and expanded on the notion that despite its meteoric growth, Kubernetes still suffers from too much complexity. As one developer put it when responding to a Redmonk question about what the key issues are:

Another response went a little further:

“…K8s is great for the 1%/hipster developers, but doesn’t have the correct abstractions for devs that just want to get the work done.”

In the webinar, hosts Steve George of Weaveworks and James Governor of Redmonk discussed the views of many developers, as they stand right now, while also introducing some of the potential solutions:

Is There too Much Choice in the Cloud Native ecosystem?

Clearly, it’s something that’s seen as a problem. Although the complexity issue is often articulated as a characteristic of Kubernetes itself, much of the problem lies in the cloud native ecosystem around Kubernetes. On the one hand, you could see it as what James called “a golden era for tooling”. But for many developers, something a little more opinionated would be useful – especially in the multi-cloud era. Do you agree?

Are Platforms the Golden Path Forward?

Does the Kubernetes world need to evolve to a point at which developer-focused platforms become a reality? Platforms offer developers a layer of abstraction away from “the wall of YAML”, as one developer put it and instead offer, as James explained, “Platforms that allow platform teams and owners to work productively with dev teams without getting in their way.”

Is that truly the golden path forward?

We all have asked this rhetorical question of whether a company is confident enough to ship an update on a Friday afternoon. The implication is that most organizations would say no, yet as James put it, “If we're afraid to make a change one day of the week, how productive are we really?”

The answer is the concept of platform engineering – providing developers with a safe environment in which they can find all their resources and get their work done without breaking anything. Trusted delivery is one potential solution that brings companies close to a realistic automation across teams and towards production excellence.

Register to see the full discussion on the above questions. And please share your opinions with us on our social media channels. We would love to hear from you!
<p> 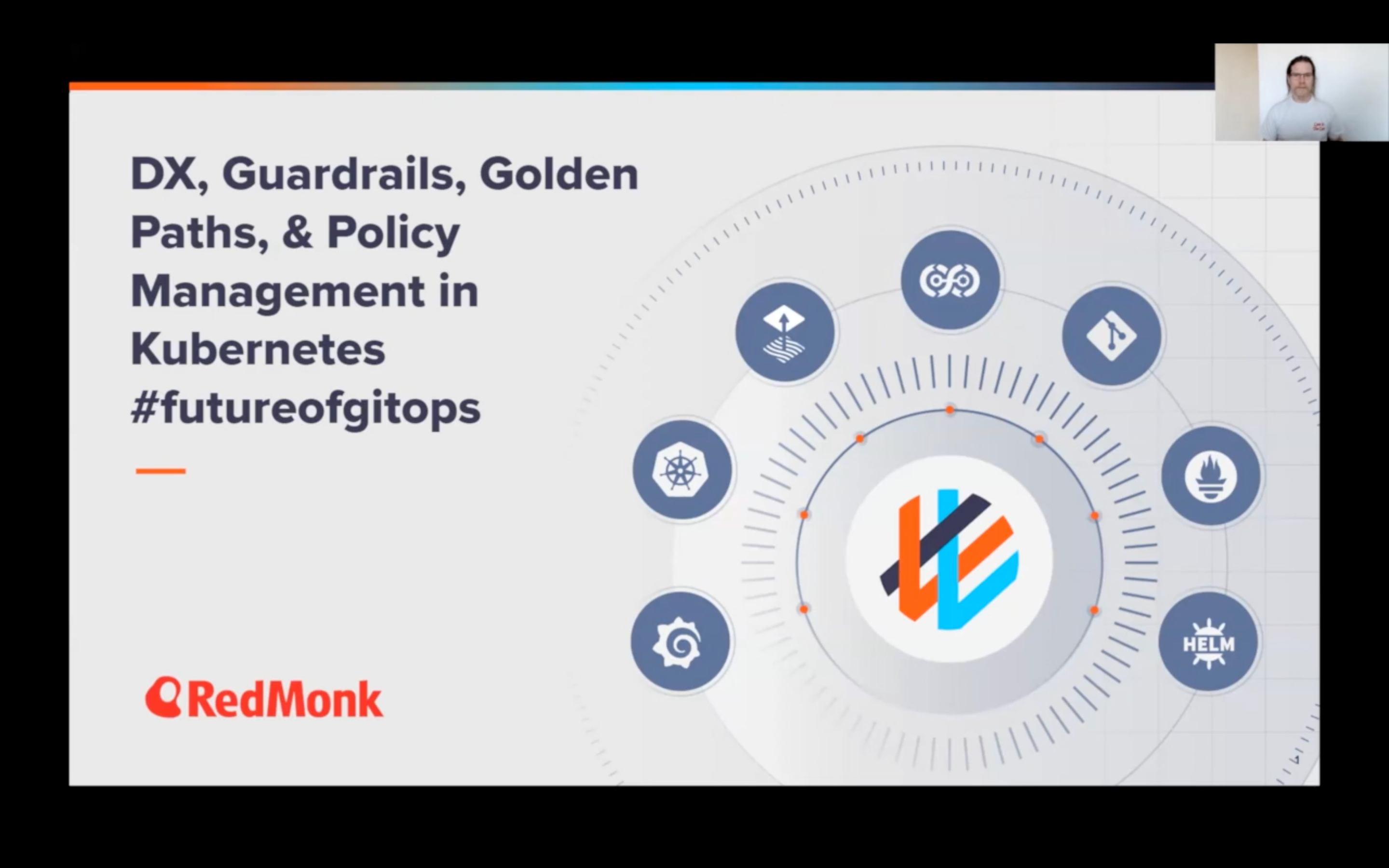