Software applications built using microservices have multiplied rapidly in recent years, and the trend shows no signs of slowing down. A host of tech industry titans, including Netflix, Amazon, eBay, Uber and Comcast, have all written... Simply put, a microservices architecture is a software design pattern in which a larger application is composed of multiple smaller services, each with its own objective, that collaborate and communicate over a network in order to achieve a particular goal. Within a microservices architecture, each service runs in its own process and communicates with other processes using a lightweight mechanism such as HTTP/REST with JSON.

The concept of breaking down an application into discrete parts is not a new one. The idea for microservices originates in the broader service-oriented architecture design pattern, in which independent services perform distinct functionalities and communicate using a designated protocol. However, unlike service-oriented architecture, a microservices architecture (as its name suggests) must contain services that are explicitly small and lightweight and that are independently deployable. 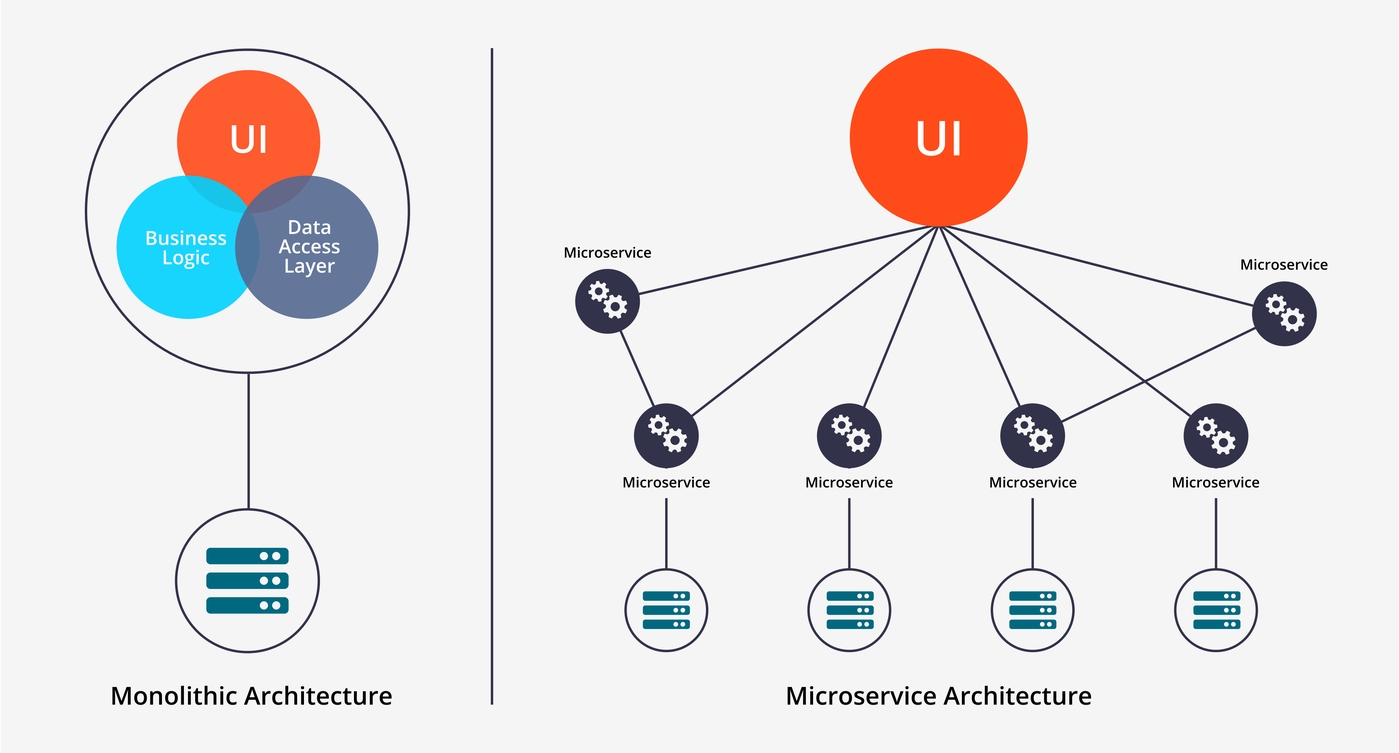 While monolithic applications can be appealing, they also present challenges, especially when working in cloud environments. As the application grows in size and complexity, it can be difficult to maintain the original structure and hierarchy, making development messier. The application’s scalability suffers since the entire application must be made scalable — as opposed to only those parts that are under greater demand. In addition, changes and updates to the application require the entire application to be rebuilt and redeployed, which can cost valuable time and effort.

This is one of the reasons microservices have emerged as an alternative design pattern, delivering benefits for project engineering, scalability and performance. Dividing a single application into various components means that each component can be developed and deployed concurrently yet separately. The application can scale more efficiently, as only those components under the greatest load need to be duplicated, rather than the whole application.

Furthermore, the separate components can be distributed among several servers or data centers, allowing for greater uptime than by using a monolithic application on a single machine. If one service stops functioning, it can fail gracefully while the other services continue.

Pros and Cons of Microservices

Before making the transition to a microservices architecture, it’s helpful to know the benefits as well as the potential downsides.

Because Docker containers are extremely portable and can operate in isolation from one another, it is simple to create a Docker microservices architecture, especially with container management tools such as Amazon ECS. Each of these microservices containers can be run independently, removing the risk of any friction or conflict between languages, libraries or frameworks.

To deploy an updated version of a service, you can simply stop the current container and start a new container based on a Docker image that uses the updated code. Using Docker monitoring tools like Weave Scope give you a real-time view of your containers, reducing the complexity of your microservices-based architecture.

Previous
Kubernetes
How To
Product Features

Previous
Kubernetes
How To
Product Features