It seems like every day there is a new OSS project that promises to solve all the things. In this episode, Cornelia Davis, CTO at Weaveworks and Kelsey Hightower, Developer Advocate at Google cut through the hype with the essential patterns needed to run Kubernetes in production. The cloud native landscape can be overwhelming when you’re just starting out with Kubernetes. There are currently 50+ graduated projects and more than 1,429 projects that make up the entire landscape. It seems like every day there is a new OSS project that promises to solve all the things. And for the most popular projects, the hype can make it very difficult for most to form a sensible solution. In this episode, Cornelia Davis, CTO at Weaveworks and Kelsey Hightower, Developer Advocate at Google discuss cutting through the hype and getting down to the essential patterns you need to run Kubernetes in production.

Does everyone even need to go all-in cloud native?

Does every company always need every open source tool out there before they can say they are cloud native? This was the topic that Kelsey and Cornelia worked through. Most companies make the mistake of taking on too much all at once and can end up frustrated with their progress towards a digital transformation. When you are first starting out, the best advice, says Kelsey, is to take a step back and analyze the technology you already have. You definitely don’t want to go all in and start throwing out technology that works perfectly fine, just to say that you’re “cloud native” .

” When I hear the word cloud native, it’s a wrapper for some ideas, and they are not necessarily all new ideas. For example, some may think a set of patterns were born in the cloud. But let’s go back maybe 10 plus years when you started thinking about the idea of infrastructure behind an API. What becomes a more focused part of the conversation is not the physical network switches, the physical servers and the ethernet cables that tie them all together, but rather the ideas on how to use those things. In the cloud native world when we start talking about machines, we’re really talking about a bucket of resources… that can be managed with an API call”
--Kelsey Hightower, Staff Developer Advocate, Google

Unfortunately, the cloud native landscape is not quite there yet as far as a standard interface, says Kelsey. And it is in open source software where we are still in the innovation phase as far as new protocols and APIs go.

What are the emerging and the core patterns that you can use today from the cloud native landscape?  Tune into this latest episode as Cornelia and Kelsey discuss the practical patterns for cloud native development and infrastructure operations. 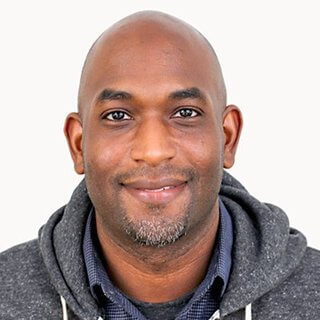 Kelsey Hightower has worn every hat possible throughout his career in tech, and enjoys leadership roles focused on making things happen and shipping software. Kelsey is a strong open source advocate focused on building simple tools that make people smile. When he is not slinging Go code, you can catch him giving technical workshops covering everything from programming to system administration.

Listen to the entire episode:


Listen on your favorite podcast platform: