Z is a modern system providing in many ways the very first cloud. The system itself builds in scalability, reliability and the security needed by large enterprises who must deal with high transaction throughput with guaranteed reliability. Learn how it adapted DevOps and cloud native best practices. In this latest episode, Cornelia Davis discusses DevOps and open source on the mainframe with Rosalind Radcliffe, distinguished engineer at IBM. The IBM Z system has been around for more than 50 years, and according to Rosalind, it’s the system that “runs the world”. How has Z adopted DevOps best practices or is it the other way around where DevOps practices have caught up to Z? 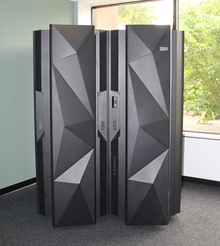 Z is a modern system providing in many ways the very first cloud. The system itself builds in scalability, reliability and the security needed by large enterprises who must deal with high transaction throughput with guaranteed reliability.

Eventual Consistency is not an option

“These are systems that can’t go down. If I think about Visa.net that runs on Z, it’s not been down in more than 15 years,” says Rosalind. In today’s cloud native world, we hear a lot about eventual consistency, but for the Z/OS, there’s no such thing as a partial transaction. The federal reserve and your bank account doesn’t accept eventual consistency. And typically you don’t accept anything other than exactly right. The Z system has transactional integrity built into the system and is something that Z does really well.

But to keep up with modern practices, working on Z has adapted a number of workflows, tools and strategies that you see in today’s Kubernetes environments, even to the point of running Kubernetes and Linux on Z. Rosalind though informs us that many of these practices have been in Z way before Kubernetes. What does Kubernetes look like on Z? Do customers ask for it? Find out more in this latest episode. 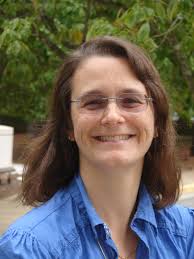 Rosalind Radcliffe is a Distinguished Engineer in IBM. She is Chief Architect for DevOps and CLM for Enterprise Systems. She is responsible for driving the DevOps for multi-platform architecture. This includes System z and Power system. In addition she is responsible for the architecture for the Collaborative Management capability for Enterprise solutions. This includes UrbanCode Deploy and Rational Team Concert's support for standard Mainframe development activities. Rosalind also works with clients on their cultural transformation to DevOps as well as their adoption of different tools in support of the transformation. She is a member of the IBM Academy of Technology and a Master Inventor. Prior to Rational, she was in Tivoli responsible for the SOA Management Strategy for IBM. Rosalind has recently published the Mobile to Mainframe Dummies book and has many blogs written on DevOps and Enterprise Modernization.

Listen to the full episode.

The Art of Modern Ops · Z System in the Age of DevOps: When Eventual Consistency is Not an Option